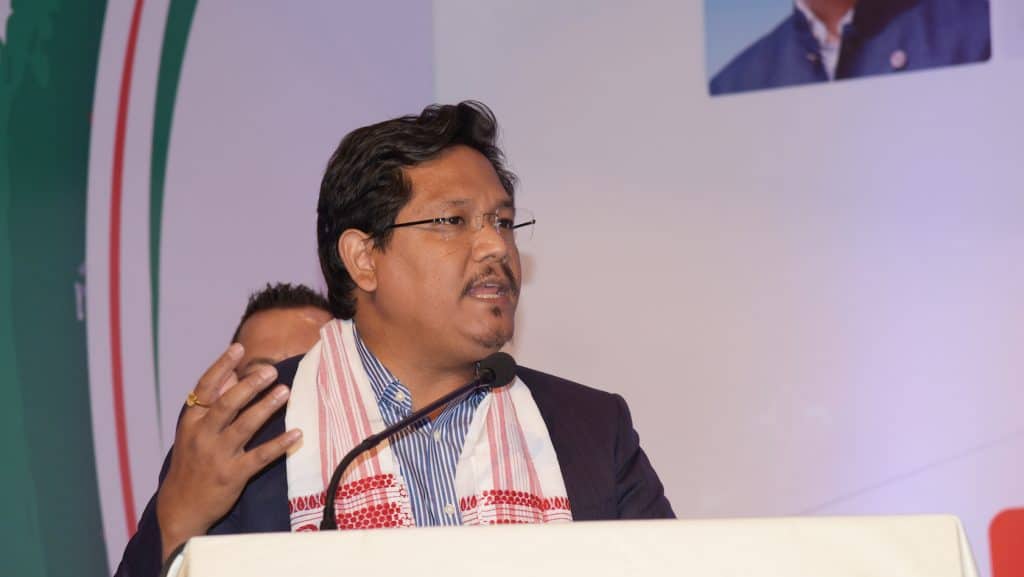 Speaking at the function in Guwahati to mark the launch of ‘Digital Northeast: Vision 2022’ of the NDA government, Sangma said that the security personnel have no option but to use the Bangladesh SIMs due to the poor network of Indian telecom operators.

He appealed the Centre to remove the bottlenecks for setting up mobile towers along the Indo-Bangladesh border to ensure better mobile connectivity in border areas.

“Due to network problem, the BSF deployed in Indo-Bangladesh border uses SIM card of Bangladesh-based mobile companies. This is not only costly but also poses threat to the national security,” said Sangma.

The Meghalaya CM said Indian telecom companies are penalized if their signals cross the border. “However, signals from Bangladesh side come to India,” Sangma pointed out.

Due to the penalty imposed on Indian telecom companies, they do not set up mobile towers along the international border.

“It also pains me to see that the BSF jawans has to make international calls to talk to their family members,” he said adding that this escalates the cost of the calls made by them.

Referring to the Union government’s decision to install 2,000 towers in Meghalaya, Sangma appealed the government to cover the border areas so that the people get better digital connectivity.

Sangma said that his government has approved an amount of Rs 35 crore for construction of Phase-I of the Shillong Tech Park Building. This building is located at a sprawling 80 acres Tech Park campus in New Shillong Township.

Out of the 80 acres of land, an area of 10 acres has already been handed over to the National Institute of Electronics and Information Technology (NIELIT) for construction of its campus, the foundation of which was laid on August 11 by unveiling a digital plaque at Guwahati.

The Technology Park Building Phase-I, which is scheduled to be completed by 2020, will have about 1200 seats. These seats will be made available to IT and ITeS companies to setup their operations, which will open up employment opportunities for the local youths. The Phase I Building will also have facilities earmarked for incubation centers, skilling centres and centres of excellence.