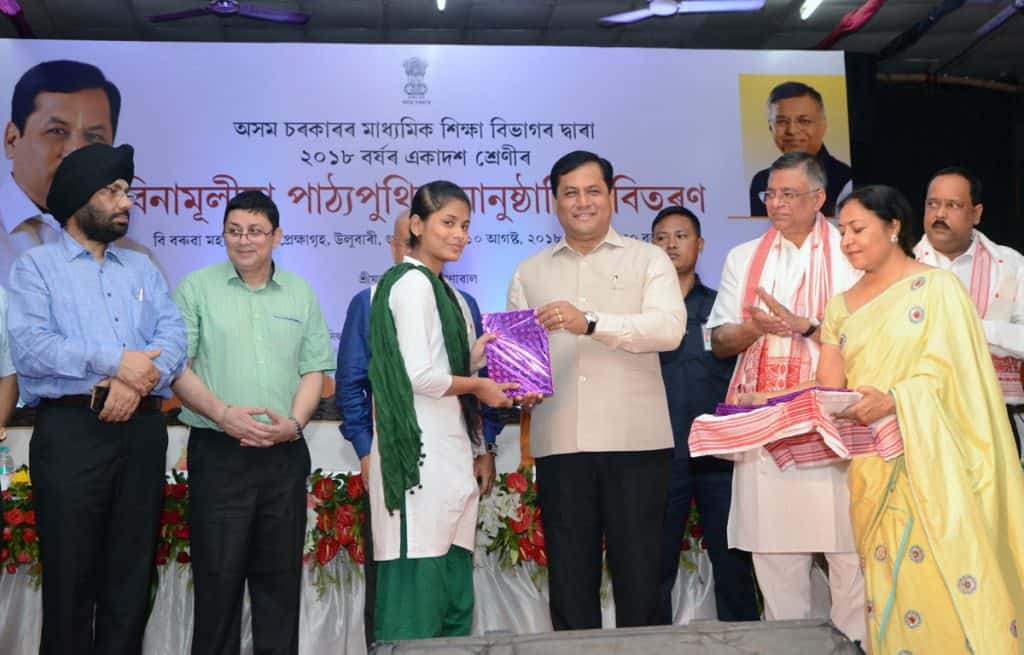 Assam chief minister Sarbananda Sonowal on August 10 took part in the ceremonial launch of free text book distribution programme for Class XI students of the state at B Borooah College in Guwahati.

The programme will offer 14,92,600 free text books to 1,71,065 students enrolled in Class XI of various colleges of the state in arts, science and commerce streams.

Speaking on the occasion, Sonowal said that both parents and teachers have a vital role in nurturing students as quality human resource for the future and they must fulfil their responsibilities to create good citizens for the country.

Saying that the state government is sincerely working for equally developing all 33 districts of the state, Sonowal added that the education system has been playing an important role in building human resource and the state government has initiated schemes like free admission into colleges, free textbook distribution, infrastructure development of educational institutes, providing scholarships to the students and ‘Gunotsav’ for holistic development of academic environment in the state. He urged the students to properly utilise the government schemes for individual as well as collective growth of the society and the nation.

Referring to the success of Advantage Assam, Global Investors’ Summit in catapulting the state as a global investment destination, the chief minister highlighted expansion of Guwahati city for building state capital region, decision to erect 65-storied twin towers in the city, setting up of foreign consulates in Guwahati as some of the remarkable achievements of the state government.