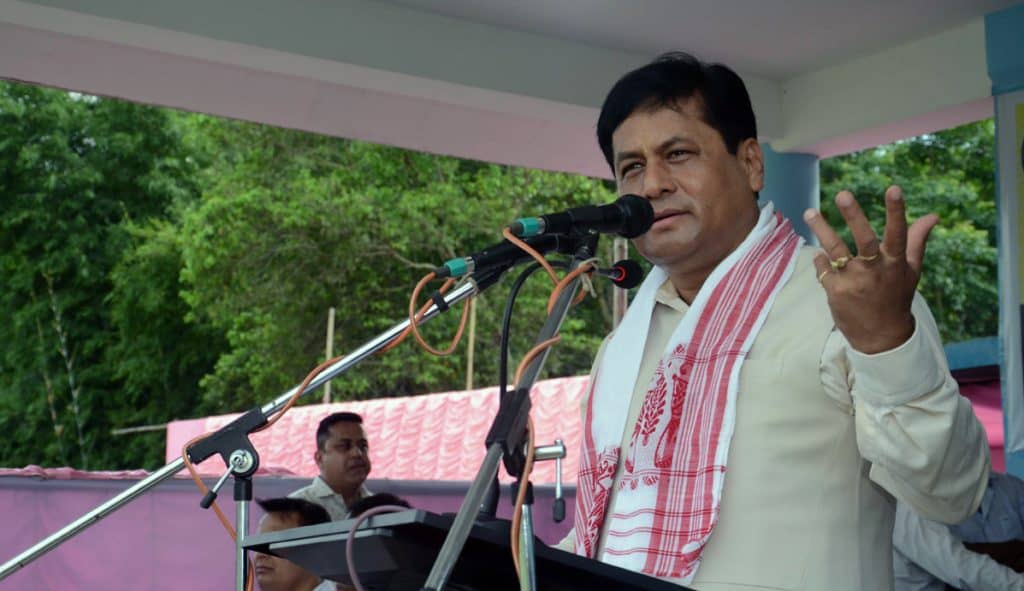 Assam chief minister Sarbananda Sonowal laid the foundation stone of a sports stadium to be constructed with a financial outlay of Rs 10 crore at Chamata in Nalbari district on August 5.

The proposed stadium, under Uttaran scheme of the state government, will be constructed at Chamata Anchalik sports association playground under Dharmapur LAC.

Speaking on the occasion, Sonowal underlined the role played by sports in strengthening goodwill, camaraderie, brotherhood and friendship and said that the committed efforts of the state government helped to raise people’s interest in sports in the state. Referring to legendary singer Bhupen Hazarika’s song ‘Ai prithivi ek kridangan, khridai hol santir prangon’, Sonowal urged the people of the state to take up sports as a way of life to develop positive mindset and better health.

Stating that the state government gives special thrust to promoting sports in the state, chief minister Sonowal mentioned about several international sports events being held in the state, which significantly helped to build favourable environment for sports in the state. Sonowal also urged the sports organisers and associations to make best efforts to identify talented sports persons form different parts of the state. He also called upon the people to join hands with the government in transforming Guwahati as the sports capital of the country.

The chief minister lauded the achievements of Hima Das and said that several other sportspersons of Assam are also making the state proud with their success in different sports events.