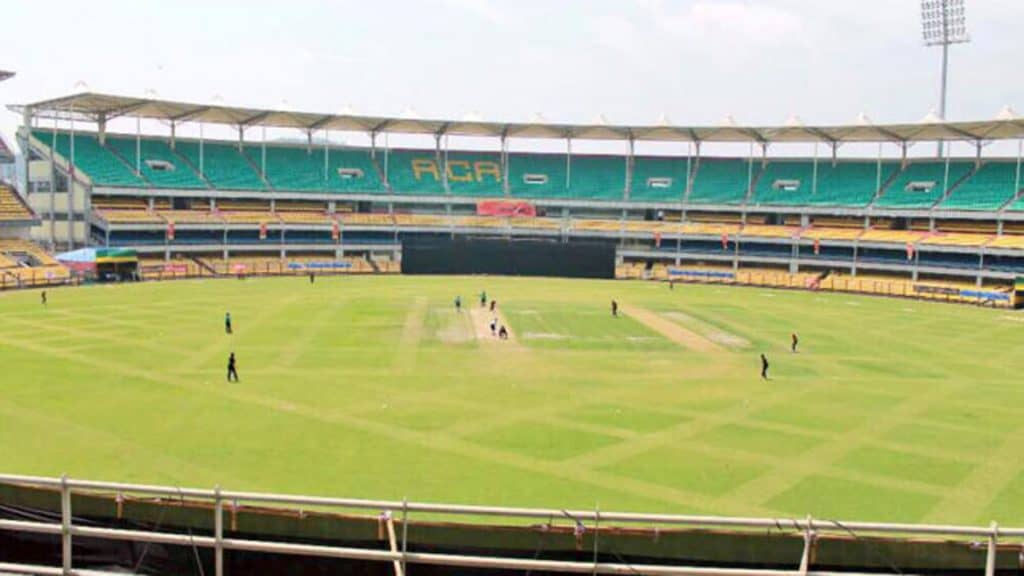 The Barsapara Cricket Stadium in Guwahati will host an India Vs West Indies ODI on October 21, 2018 as the Caribbean nation is all set to play a full-fixture series comprising two Tests, five ODIs, and three T20Is.

The seven-week-long series will kick off with the first Test at Rajkot from October 4, before the action will head to Rajiv Gandhi International Stadium in Hyderabad for the second Test a week later.

The ODIs will be held at Guwahati, Indore, Pune, Mumbai and finally at Thiruvananthapuram.

The tour will finally end with the third T20I match in Chennai on November 11. The first T20I will be played at Kolkata while the venue for the second T20I match is still to be decided between Kanpur and Lucknow.

West Indies and India have so far met in 94 Test matches since 1948 with the Caribbeans winning 30 off them and losing 28. The last time the two sides met was in 2017 in West Indies, where the home team suffered a 3-1 defeat in the five-match ODIs, while the one-off T20I match was won by Jason Holder’s men.

The West Indies Cricket Board have also announced a 15-member team for the Tests with Jason Holder as the captain. Sunil Ambris has been recalled to the team after a nightmarish start to his career last year where he suffered a golden duck of a hit wicket in the first innings before departing of a similar manner in the second. Also, Left-arm orthodox spin bowler Jomel Warrican has been named in the 18-member squad.