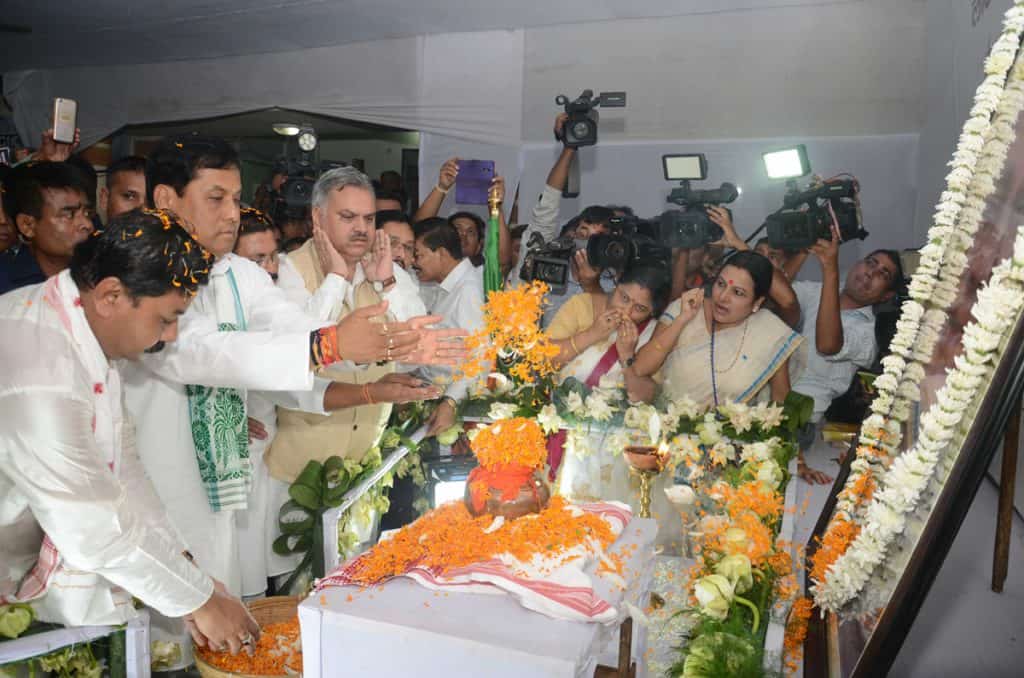 The Assam unit of the BJP brought the urns containing ashes of former prime minister late Atal Bihari Vajpayee from New Delhi to Assam on Wednesday and placed them at the party headquarters at Hengrabari in Guwahati to enable people to pay their tributes.

President of the Assam unit of the BJP, Ranjit Kumar Dass, received the urns from prime minister Narendra Modi and Union home minister Rajnath Singh on Wednesday morning at the BJP headquarters in New Delhi and brought those to Assam.

Assam chief minister Sarbananda Sonowal received the urns at Lokapriya Gopinath Bordoloi International Airport in Guwahati from the party president and the urns were brought to the BJP headquarters in Guwahati accompanied by a huge procession.

“We have received four urns of ashes from the party headquarters in New Delhi to enable thousands of party leaders, workers and common people to pay their last respect to the departed leader,” said Ranjit Kumar Dass.

4th edition of Pinkathon in Guwahati on September 30