Boat carrying around 40 capsizes in Brahmaputra in Guwahati 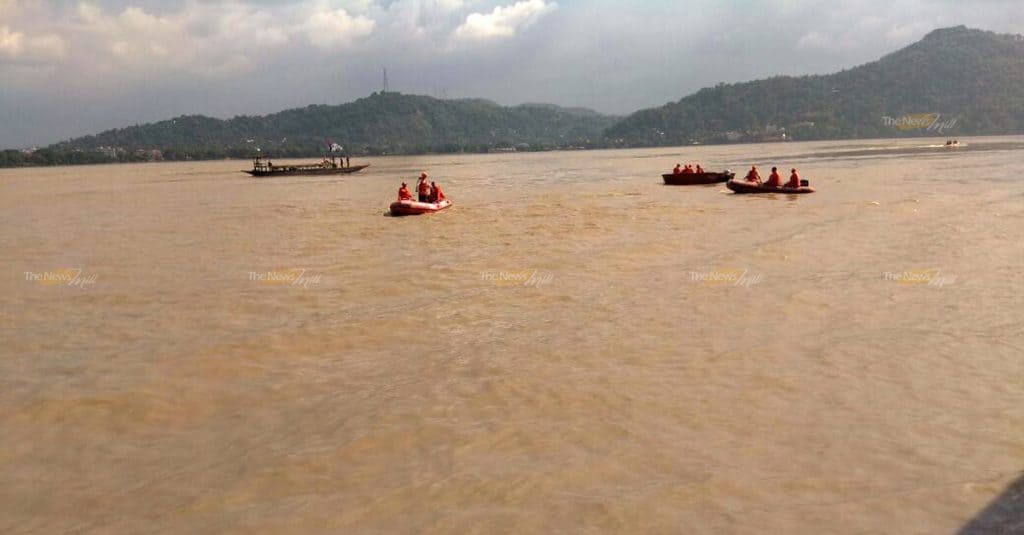 At least three persons, including two Cotton University students, were killed and several others were missing after a boat capsized in the Brahmaputra in Guwahati on September 5.

The Kamrup Metro district administration confirmed that three bodies have been recovered and said that many people who were on board the machine boat were missing.

“The boat was on its way to Fancy Bazar Ghat in Guwahati from Madhyam Khanda in North Guwahati with around 40 passengers and 10 motorcycles on it.

However, near Aswaklanta temple, the boat’s engine failed. It later collided with under-construction site of a water supply project, and capsized,” said a local, adding that some passengers managed to hang on to the pillars before help came in.

“We have rescued 15 people till now. Three bodies have been recovered. Our search is on to find out more survivors,” said a spokesman of National Disaster Response Force (NDRF).

The Brahmaputra is in spate due to monsoon rains in the upper reaches of Arunachal Pradesh.

Meanwhile, Assam chief minister Sarbananda Sonowal ordered an inquiry into the incident. Boat service between the two banks of the river in Guwahati has been suspended.

The Arunachal Times announces scholarships for media students of the Northeast