Football is the future of Indian sports, says Jeje Lalpekhlua 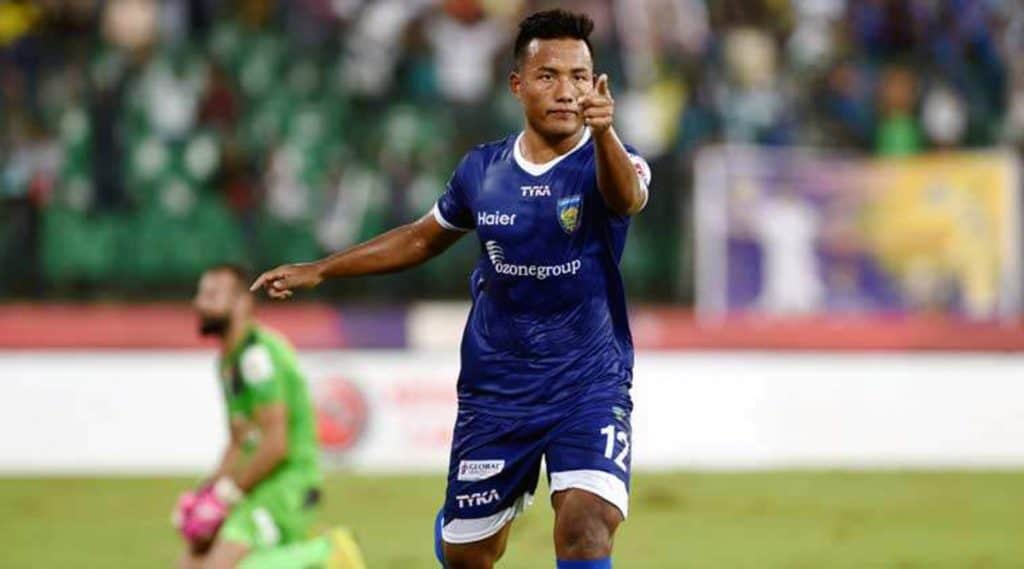 National forward Jeje Lalpekhlua believes that India’s rise in stature and international rankings is no coincidence.

India has always been crazy about football but since the Hero Indian Super League (ISL) kicked off in 2014, the game has seen a new dimension. Bollywood stars, cricketers, industrialists have all thrown their weight behind Indian football and football stars from across the world have made their presence felt.

“The foundation of the game and the quality has improved now. There is a lot of difference between the first season and last season of the ISL (in terms of quality of football),” the Chennaiyin FC star striker said.

Jeje has been an undoubted star in the ISL and a regular with the national team under different coaches.

“People have realized that football is going to be the future of sports in India. Indian football is on a high and I would like to see more of it in the future,” said Jeje.

The Mizoram-born forward also felt that younger players were flourishing, given the number of opportunities they were being offered in the ISL. Moreover, the spotlight they enjoy in the ISL means that impressive performances could bring them under the national team’s radar.

He also hoped that such an incentive will bring out good performances from them during the season which will benefit the Chennayin FC to defend their title.

“We have a lot of good Indian players in our squad. Last year Anirudh Thapa, Jerry Lalrinzuala and Germanpreet Singh did quite well in ISL and got a national call. This year we have Issac Vanmalsawma.

“There is good mix of seniors and juniors in our squad. They will become an important part in the course of the league and will help us retain the title,” he said.