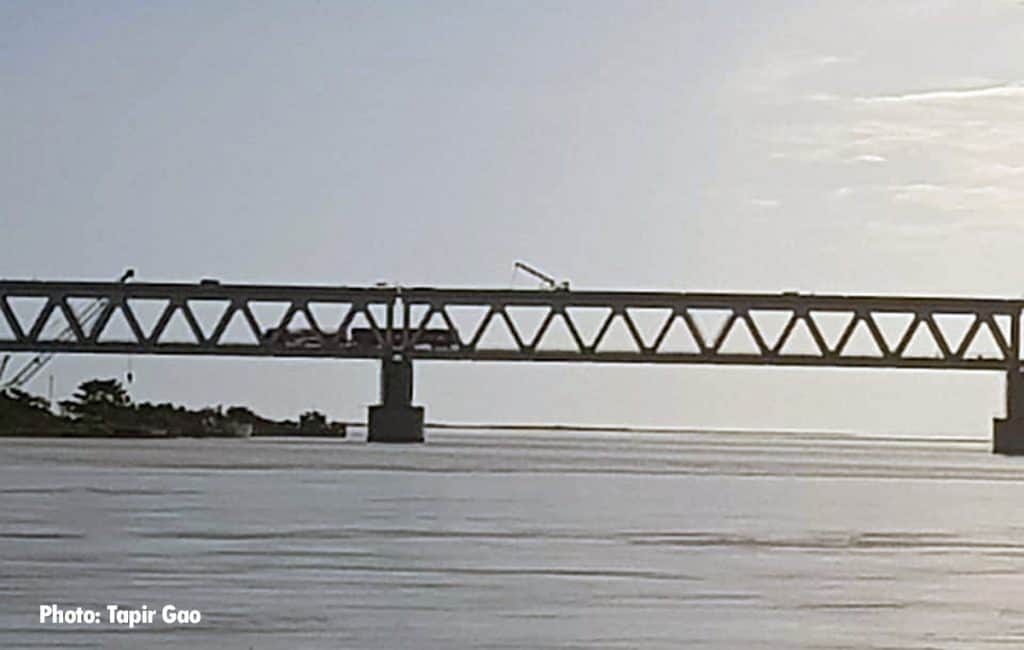 It’s a dream coming true for thousands of people living in eastern Arunachal Pradesh and upper Assam as the Bogibeel Bridge over river Brahmaputra in Dibrugarh is nearing completion.

When a railway engine was spotted crossing the still-under-construction rail-cum-road bridge on Thursday, even top politicians could not hide their emotions.

Arunachal Pradesh BJP president Tapir Gao, probably crossing the river on a boat on Thursday, spotted a railway engine crossing the bridge. Gao clicked a few photographs and shared on the social media. “First…. I could not believe my eyes… seeing the Indian Railway Engine crossing the Bogibeel Bridge today on September 20 at 3 pm,” he wrote along with some of the photos.

Gao’s excitement soon snowballed into viral updates which led to Arunachal Pradesh chief minister Pema Khandu penning a note on the aspirations of the people living on the North bank of Brahmaputra river.

“A train of Indian Railway chugging its way through #Bogibeel bridge, the longest rail-cum-road bridge over #Brahmaputra river in Assam… The 4.94 km bridge will solve inter-state connectivity issue between Assam and Arunachal. Particularly it will benefit the central and eastern parts of Arunachal,” the chief minister wrote on Facebook.

Highlighting the importance of the bridge, which is expected to be opened for rail and road traffic by the year-end, Khandu said that #AchheDin is here and the day is not far when things will be too good to be true. “With railway connectivity at the doorstep, the farmers can go for direct export of their produce; direct connectivity can be availed to major metro cities from small towns in Arunachal for education, health, trade etc; ease of transportation in goods will boost trade and commerce and so on,” Khandu added.

It has been a long wait for the people of Arunachal Pradesh and Assam as several deadlines for the completion of the bridge were missed.

The protracted delay resulted in the project’s cost increasing more than three-fold to Rs 5,800 crore, from the initial estimate of Rs 1,767 crore.