British Council, NEC to work on educational and cultural collaboration 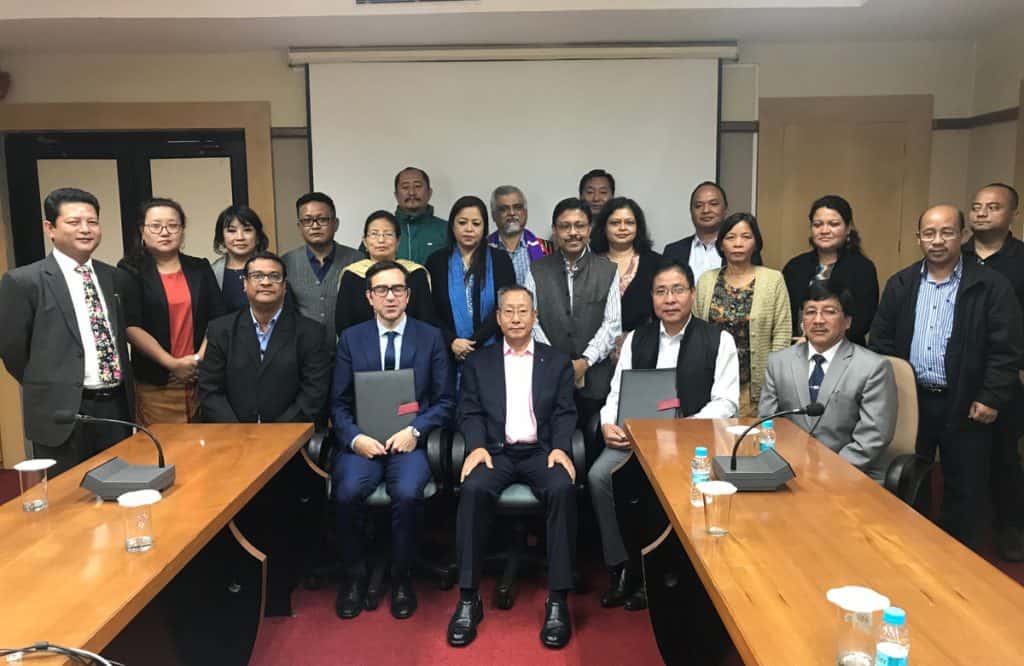 British Council India and the North Eastern Council (NEC) will work together to strengthen educational and cultural cooperation, to support the knowledge ambitions and economic growth of the eight states of the Northeast.

The MoU celebrates British Council’s 70th anniversary in India, in particular the rich cultural connections the Northeast has had with the UK, and seeks to strengthen the relationship for the next 70 years. “The MoU will support the higher education, English language, skills and cultural aspirations for the young people from Arunachal Pradesh, Assam, Manipur, Meghalaya, Mizoram, Nagaland, Sikkim and Tripura,” a statement released by British Council India said.

As a result of this MoU, artists and the cultural community of all the Northeast states would get the opportunity to share culture, creativity and ideas with UK. “Government school teachers and faculty members of higher education institutions would gain access to English language learning, quality education and internationally benchmarked assessments,” the release added.

The MoU will work towards improving English communication of state civil servants, developing capacity-building initiatives in state governments, supporting improvements in the teaching of Mathematics and Science, capacity-building programmes for faculty and senior administrators of higher education institutions and it will seek to increase student and academic mobility, for all 8 states of the region.

The British Council has worked continuously with the various states from the Northeast, the most recent example being Alan Gemmell’s meeting with chief minister of Arunachal Pradesh, Pema Khandu, to discuss British Council’s support in the state’s English language teacher education, skills development for young people, and greater collaboration with the UK in arts and culture, last month. Also, British Council presented London-based musician Nubya Garcia at this year’s Ziro Festival of Music in Arunachal Pradesh. In 2016, British Council presented two leading bands from the UK at the NH7 Weekender festival in Shillong.

British Council had provided technical support to the Asian Development Bank-funded ‘Supporting Human Capital Development in Meghalaya initiative’ of the state government to enhance the employability of its youth.

In the sphere of education, British Council works with the Sikkim government in the primary school sector; and has offered scholarships to 6 women from the Northeast to pursue higher studies in the fields of Science, Technology, Engineering and Math.

Speaking about the partnership, director British Council India, Alan Gemmell said, “We’ve been inspired every day of the last 70 years by the artists, students, scientists and policy makers we’ve worked with in India and the Northeast. Our work in the last two years has started to make a difference – we created Mix the Cities Northeast, put the Himalayan Poppy as the central attraction of our India: A Billion Dreams garden at the Chelsea Flower Show, presented a brilliant musician at Ziro Festival of Music and we have trained 48 football coaches from all eight states. I am very proud to have led our strategy to engage on scale, sustainably and consistently with this very special part of India, responding the vision that the chief ministers and the prime minister have about the Northeast.”

“This year we want to inspire young people from the Northeast and India to build a relationship with the UK for the next 70 years. By signing a MoU with the NEC, we are able to make an impact across eight states simultaneously, and I hope it will enable more young people to realise their aspirations in education, skill development and arts and culture,” he added.