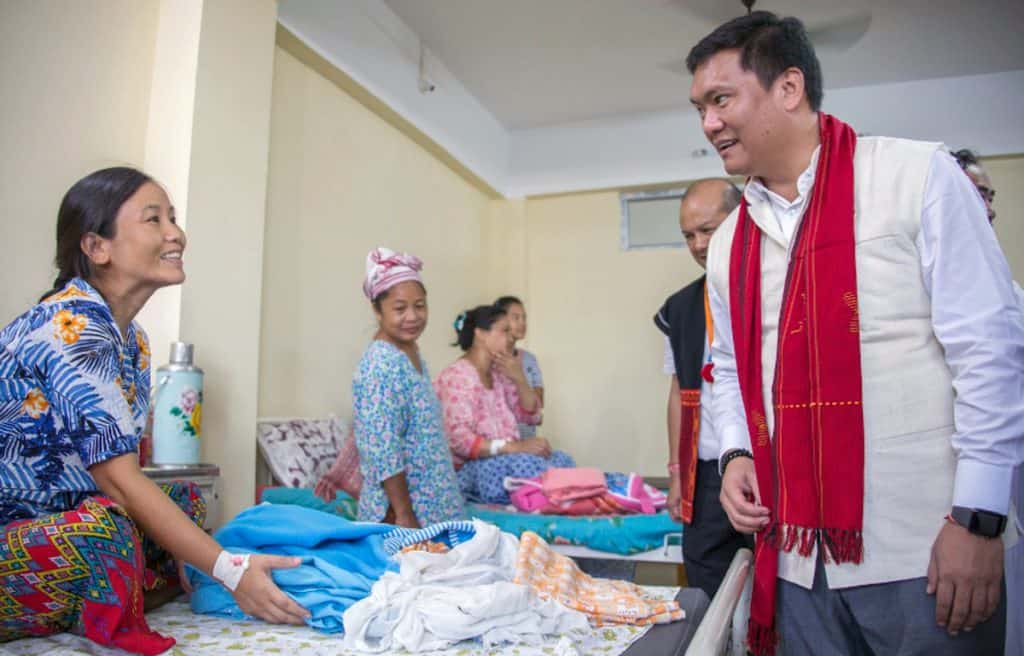 Khandu visited the maternity ward of the hospital and met some of the patients.