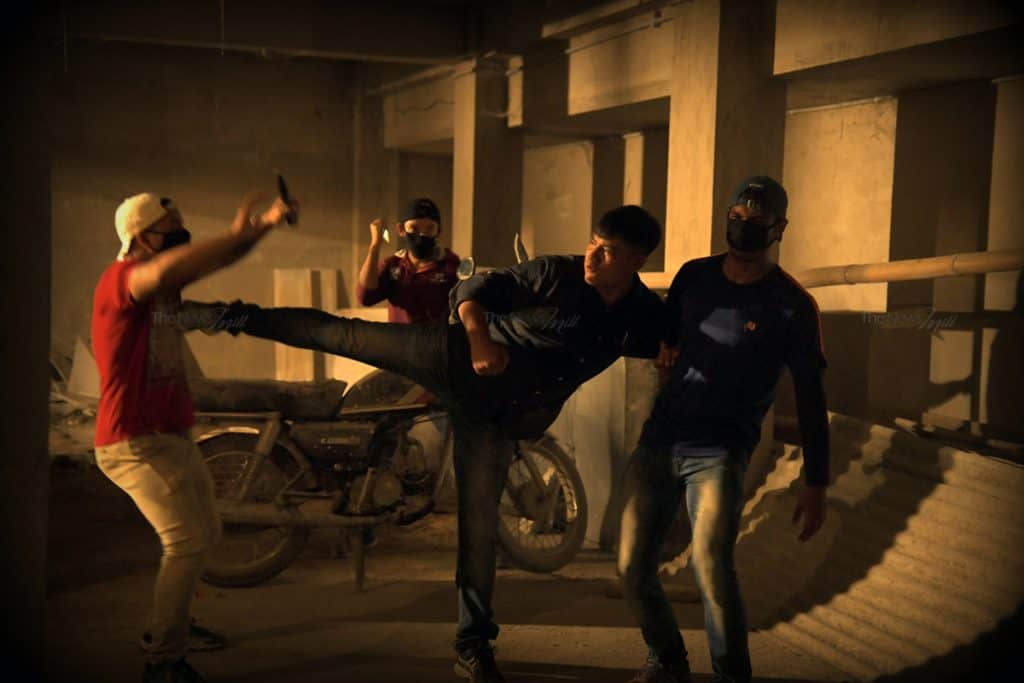 Written and directed by Kenny Basumatary, Suspended Inspector Boro, will be releasing on December 7. It features almost all the actors of Local Kung Fu 2.

“We are ready with the third film from our team. After the success of Local Kung Fu 2, we wanted to do a serious action thriller. Suspended Inspector Boro features some serious action-packed performance from the team. The new addition to the cast is Mumbai-based actress Poonam Gurung, who had a highly appreciated role in last year’s hit Bengali film Khoj. She already has a Assam-connection…she played Birubala Rabha in an episode of Salaam India,” said actor-director Kenny Basumatary.

The plot, written by Kenny, starts with Inspector Boro already suspended for bashing up a highly connected gang. Then an SP calls him and asks him unofficially to find a girl named Sabrina Rai who’s gone missing three days ago. She was taken from her Udalguri village to Guwahati on the pretext of job training, but now her phone’s been switched off for three days and she’s vanished. Inspector Boro heads to Guwahati and fights his way to the truth. Interestingly, Kenny is playing the main villain, Inspector Lokkhi Modon Jwala.

Suspended Inspector Boro is jointly produced by Bhishan Rai, Priyama Goswami and Kenny. “Thanks to them, we have really managed to upgrade our production values this time,” said Kenny. “The fights are one level higher than LKF 2. We didn’t break anything in our previous films; this time we’ve broken lots of stuff. And we also used the Sony FS 700 camera to get super slow-motion shots,” he added.

An eclectic mix of songs are being composed for Suspended Inspector Boro – one by rising star Shankuraj Konwar (sung by Eepsita Hazarika), one by Utkal (a duet with Sarmistha Chakravorty), a hard rock piece by Derrick Correia and Anisha Saikia, and a rap metal track by Vishal J Singha. The background music and sound design are being done by Marathi Filmfare award winners Utkarsh Dhotekar and Ranjan Pattnayak respectively.

A Hindi version of Suspended Inspector Boro is also being prepared. All the dialog scenes were shot twice – once in Assamese and once in Hindi.