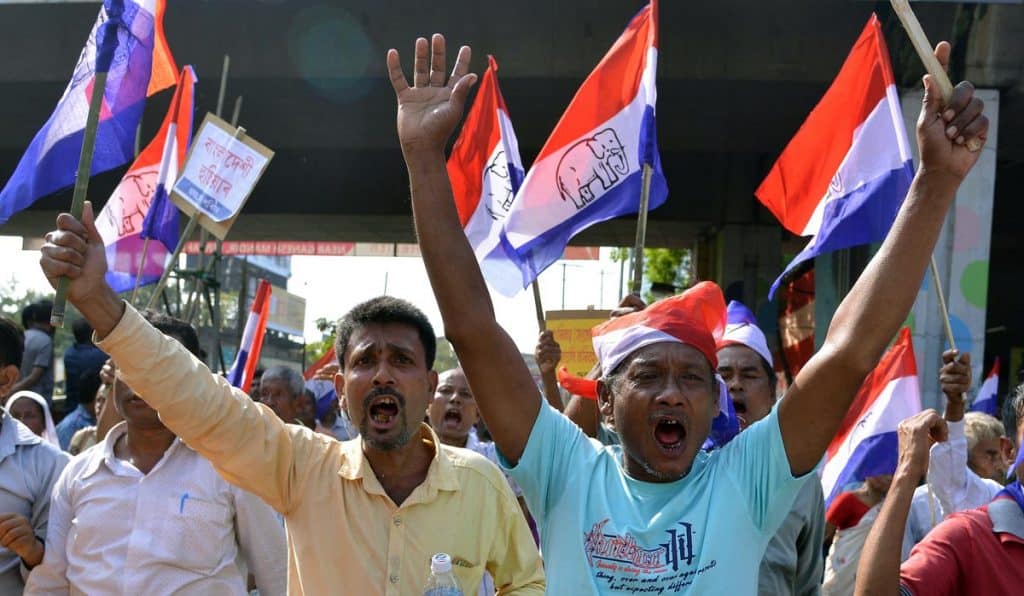 Ahead of the panchayat elections in Assam, Asom Gana Parishad (AGP), an ally of the ruling BJP in the state government, has reiterated their stand on the controversial Citizenship (Amendment) Bill, 2016. Party president and state agriculture minister Atul Bora on Friday said that AGP is only accountable to the people of Assam.

The panchayat elections are scheduled to be held in two phases on December 5 and 9. Though there were speculations on AGP going with BJP like during the assembly elections, the AGP leadership finally decided to contest alone.

Bora said that they will continue to press against the citizenship bill and for an error-free National Register of Citizens (NRC).

“Only AGP can deal with the problems of the people here in Assam. The other parties remain busy with their calculations with their high command,” he added.

AGP has 14 seats in the assembly while Bodoland Peoples Front (BPF) has 12 seats which are the allies of the BJP. BJP has 61 seats in the 126 seat assembly in Assam.

However, ever since the bill, which endorses citizenship to non-Muslim migrants from the neighbouring countries – Afghanistan, Bangladesh and Pakistan, was tabled in the parliament, there has been a division between the two allies.

AGP has even gone on to say that they are ready to break the alliance if the controversial Citizenship (Amendment) Bill, 2016 is passed.