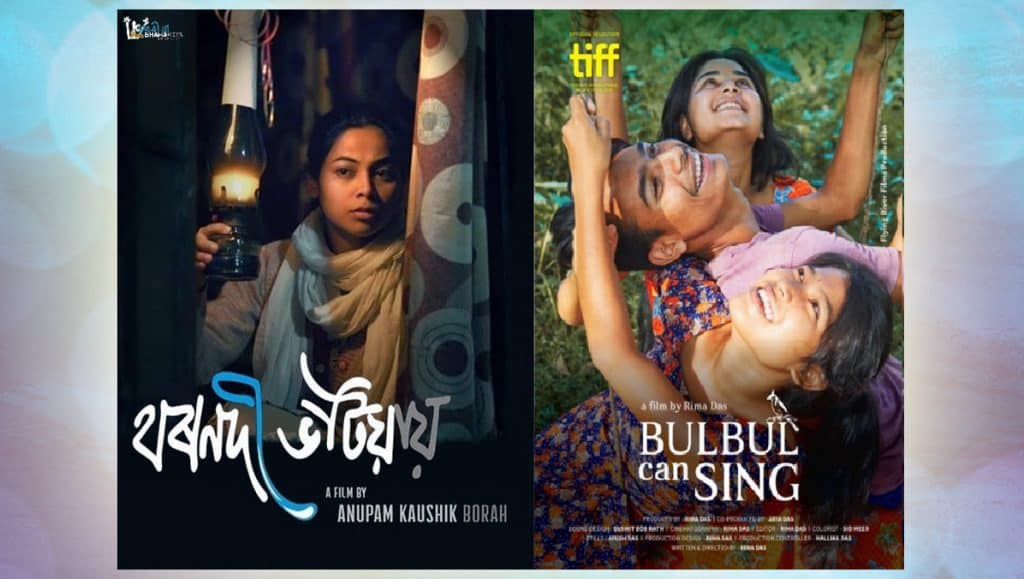 The recently concluded 20th Jio MAMI Mumbai Film Festival of 2018 (October 25 – November 1) saw the screening of two Assamese films which were official selections of the festival – Anupam Kaushik Borah’s Bornodi Bhotiyai (In Love, By the River) and Rima Das’s Bulbul Can Sing. Both the movies received warm reviews from the critics and audiences alike.

Bornodi Bhotiyai premiered in the ‘India Story’ section while Bulbul Can Sing opened at the ‘India Gold’ section of the festival.

Continuing the celebrations of the new found vigour and power of Assamese cinema, both Bornodi Bhotiyai and Bulbul Can Sing have re-affirmed the commitment of new-age Assamese filmmakers to take Assamese cinema to newer heights.

Rima Das’s Bulbul Can Sing also won the Golden Gateway award in the India Gold category, which is the top honour at the festival. Das has also previously won the top spot for Village Rockstars last year making it the second year in a row for her. She dedicated this award to her mother for pushing her into the reel world and being the constant source of her inspiration.

National School of Drama graduate Anupam Kaushik Borah’s directorial debut film is a celebration of life and love in the world’s largest river island of Majuli. Dealing with the hopes, aspirations, frustrations, and love of the youth, the film presents a vivid and enduring re-telling of life in a place which is particularly known for its culture, tourist attractions and tragedy brought upon by the river Brahmaputra. Borah says that, in its lesser known facets Majuli is also a euphoric hub of festivity and Bornodi Bhotiyai is the reflection of these emotions in all its complexity, naivety and humour. The film features a talented pool of actors led by Dorothi Bhardwaj, Sonmoni Sarma, Kaushik Nath, Himanshu Gogoi, Rajib Nath, Kenny D Basumatary, Manisha Bhuyan and including writer-director Anupam Kaushik Borah who also plays an important role in the film. With the help of a unique narrative and style, Bornodi Bhotiyai portrays Majuli in its true essence with a distinct touch of magic realism and humour which isn’t usually explored in the sphere of Assamese cinema.

The film is edited by Rantu Chetia and the impressive visuals are credited to cinematographer Prayash Sharma Tamuly with the music and sound design by Tarali Sharma and Debajit Gayan respectively.

Rima Das’s Bulbul Can Sing is a coming-of-age story about Bulbul, a school going teenager residing in a village in Assam who discovers herself and her identity while struggling through social barriers and exploring concepts of love, loss, grief and tragedy. Fresh out of the success of Village Rockstars which won four National Awards and is also India’s official entry for the 91st Academy Awards, Rima Das’s new film questions societal norms and dogmas and effectively contrasts it with survival and freedom. The winner of the top award of the festival, (Golden Gateway Award in the India Gold category), Bulbul Can Sing is single-handedly written-produced-directed-edited by Rima Das. She has also served as the cinematographer and production designer of the film. The cast includes mostly unprofessional actors namely, Arnali Das, Manoranjoan Das, Manabendra Das and Bonita Thakuriya along with Pakija Begam.

After making its world premiere at the 43rd Toronto International Film Festival (TIFF) 2018, Bulbul Can Sing also made its South Asia premiere at the 23rd Busan International Film Festival 2018. Declared as ‘quietly insightful’ by Deborah Young of The Hollywood Reporter and ‘a heartfelt and acutely honest portrait of rural Indian adolescence’ by Wendy Ide of Screen International, Bulbul Can Sing is sure to produce high tides in the days to come.