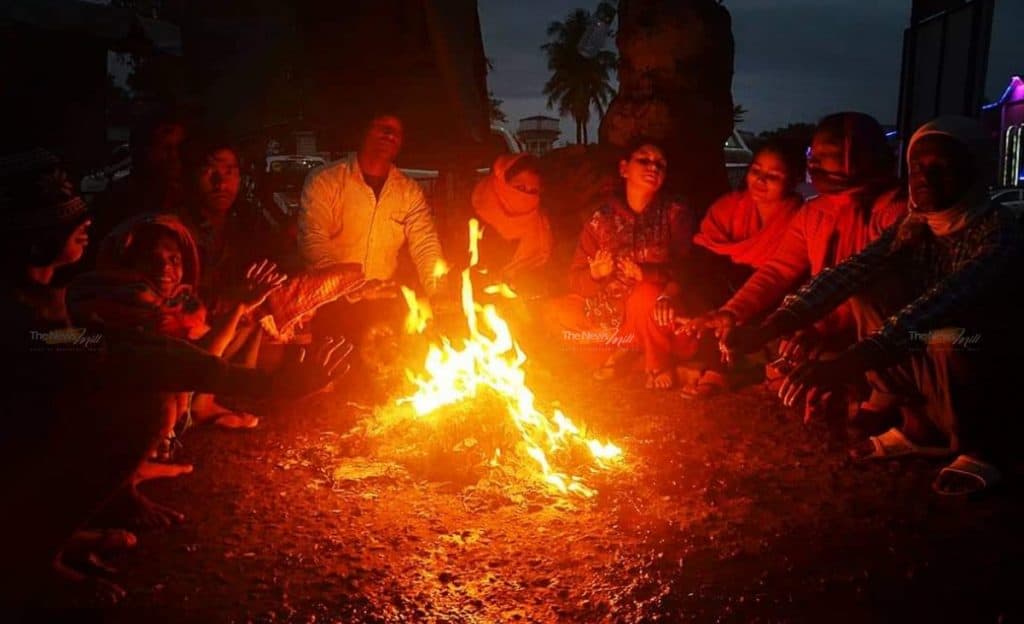 Most parts of Northeast India witnessed cold weather on Tuesday due to incessant rains in the region since Monday noon.

Rain and chilly breeze were reported from most parts of the Northeast as cyclone ‘Phethai’ touched western Assam since Monday, triggering light drizzle and pushing the mercury down.

Since Monday, a rapid fall in day temperature was recorded as the influence of cyclone ‘Phethai’ grew further. Day temperature dropped to 23.6 degrees on Monday which was 1 degree less than normal temperature. The minimum temperature recorded on Tuesday morning was 16 degree. Cloudy sky with light rains is expected to occur till December 21.

According to meteorologists, the maximum temperature will dip further due to the cyclonic storm. “Moderate rains along with isolated heavy showers will continue over many districts of Arunachal Pradesh such as Anjaw, Changlang, Dibang Valley, East Kameng, East Siang, Kra Daadi, Kurung Kumey, Lohit, Siang, Tawang, Upper Siang, Upper Subansiri, West Kameng and West Siang for next 24 hours. Moreover, mainly overcast sky will prevail over the entire region,” read the weather forecast issued by Skymet, a private weather forecasting agency.

The report further added that the minimums have marginally increased over Arunachal Pradesh and Upper Assam while these have further dropped over southern parts of the state by 3℃-5℃.

Cyclone Phethai made a landfall in Andhra Pradesh resulting in blowing of cold winds over East and Northeast India.