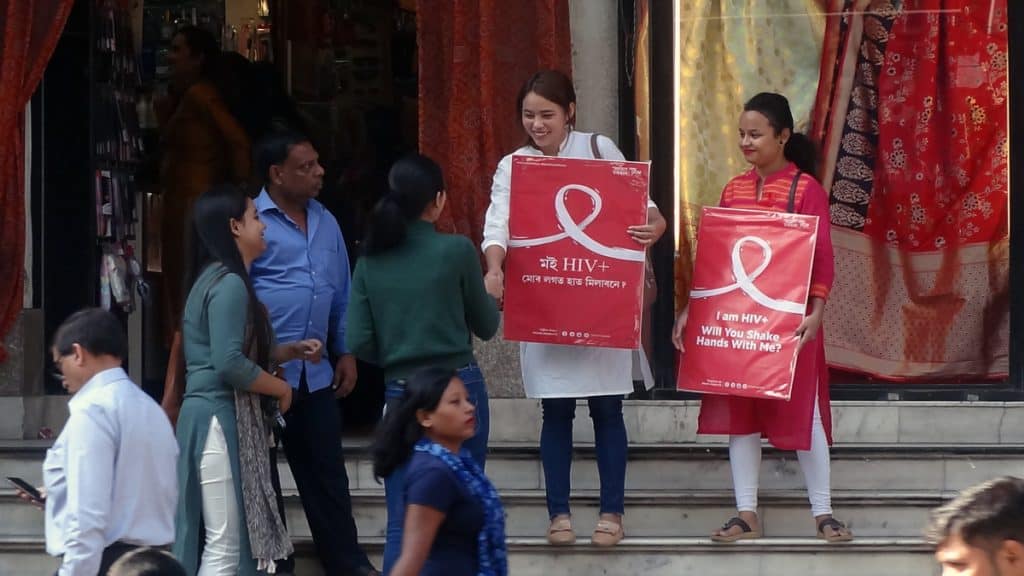 In an effort to end the stigma on HIV AIDS, a ‘handshake’ campaign was organised in Guwahati on the occasion of World AIDS Day on December 1.

Bystanders in Fancy Bazaar locality enthusiastically took part in the social experiment organised by MyGov Assam under the aegis of Assam State AIDS Control Society and in collaboration with Assam Network of Positive People.

Volunteers from North Eastern Regional Institute of Management (NERIM) walked the street in disguise of HIV patients by holding placards “I am HIV positive, will you shake hand with me”.

The volunteers were able to shake hands with a number of bystanders during the campaign aimed at clearing myths about the disease.

However, there was mixed reaction from public as some seemed reluctant to shake hands while others embraced the volunteers with open arms.

With over 30 years of prevalence of AIDS pandemic and advancement in medical treatment, the existence of the myth and stigma is an irony.

Guwahati walking zone may not continue after spending Rs 17 crore