NEUFC continues unbeaten away run, move up despite draw in Jamshedpur 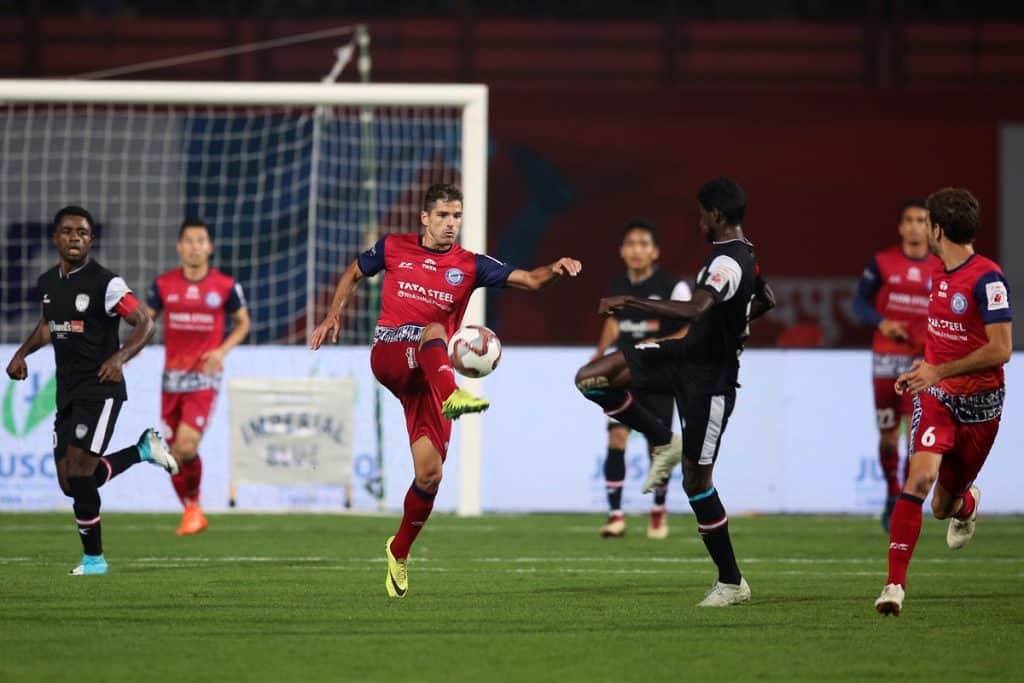 NorthEast United FC continued with their slow but steady progress in the Hero Indian Super League despite a frustrating goalless draw against Jamshedpur FC at the JRD Tata Sports Complex, Jamshedpur, on Saturday.

The defences proved to be too sturdy to break down as the teams cancelled out each other at the end of 90 minutes. The hard-earned point also consolidated Jamshedpur’s fourth spot and preserved their unbeaten run at home this season.

The teams began by passing and prodding and the first chance came when a hopeful punt by Memo for Pablo Morgado allowed the winger to slip in between Robert Lalthlamuana and Mislav Komorski to dribble into the box. The Spanish winger struck a sweet shot that flew inches wide off the post.

Both defences stayed compact and made it hard for the opposing strikers to make runs in behind the backline. Clear-cut chances were few and far between in the first half.

Bartholomew Ogbeche chested a ball down into the path of Rowllin Borges inside the box in the 12th minute. But the midfielder lashed the ball over the bar.

Mario Arques’ effort in the 22nd minute also suffered the same fate. The midfielder pounced on to a loose ball and unleashed a strike from 30 yards that failed to trouble NorthEast custodian Pawan Kumar.

In the second half, Federico Gallego and Provat Lakra combined well on the right flank and caused a nervy moment for the hosts inside the box in the 57th minute. The former teased a ball towards the far post and Tiri produced an overhead kick to clear the ball away from danger.

A minute later, Gallego surged into the box and sent a powerful shot at goal that forced the game’s first save, off Jamshedpur custodian Subrata Paul.

At the other end, Memo was treated to a fine chance inside the box from a corner kick in the 61st minute. The delivery into the box found Memo in the centre but Gallego’s sliding block denied the midfielder a goal.

In the 70th minute, Farukh Choudhary sprinted down the right flank and fed the ball to Mobashir Rahman who was positioned at the edge of the box. The young midfielder hit a dipping volley that flew inches over the crossbar.

Ogbeche had a late chance to get a winner after Tiri lost the ball in a dangerous area but the Nigerian’s weak attempt was blocked away as the teams settled for a point each.