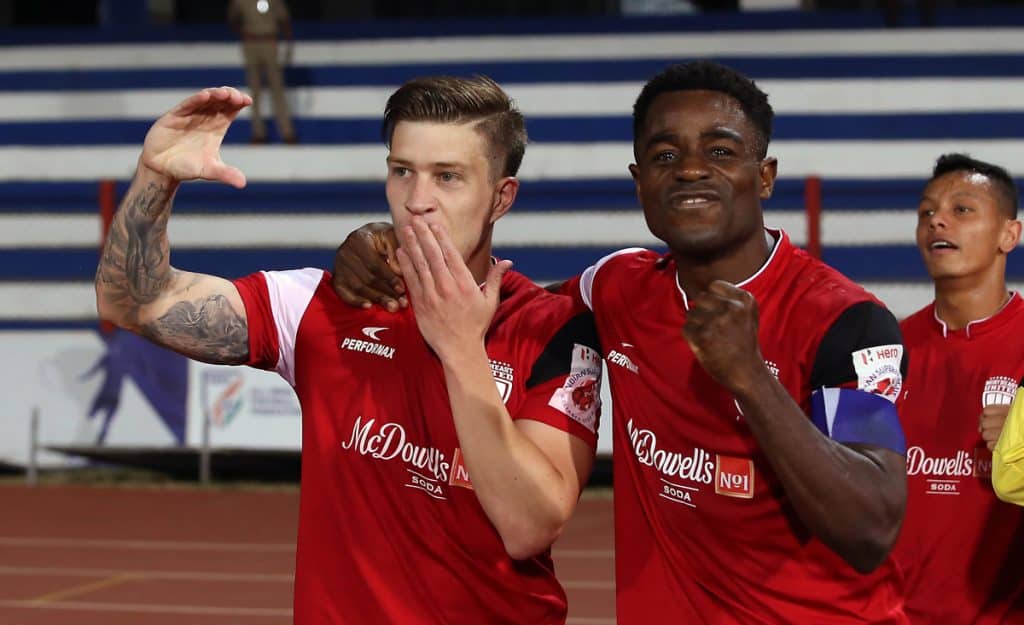 Bengaluru FC regained their position at the top of the Hero Indian Super League table with a closely fought 2-1 win against NorthEast United FC at the Sree Kanteerava Stadium, Bengaluru, on Wednesday.

A Mislav Komorski own-goal in the 14th minute gave Bengaluru the lead before Federico Gallego struck in the 60th minute to equalise. The hosts clinched a match-winner in the 71st minute through Chencho Gyeltshen.

The win helped the Blues climb to the top of the ISL table with 30 points after 13 games. NorthEast United remain third with 23 points from 14 matches.

The hosts pressed for an early breakthrough and worked a brilliant set-piece routine in the 14th minute to force an own goal and take the lead. Dimas Delgado sent a low free-kick towards the edge of the box where Sunil Chhetri lobbed a ball over the defence and into the box for Udanta Singh. The Blues winger squared it across the face of the goal and the ball ricocheted off Komorski’s legs and went in.

NorthEast United looked to mount a response and switched gears after going behind. Reagan Singh found joy on the right flank and posed a threat with two excellent crosses. A 26th-minute cross found Komosrki inside the box who headed the ball inches wide of the target. Two minutes later, top scorer Bartholomew Ogbeche rose above Albert Serran to send his header over the bar.

The visitors started the second half on the front-foot. Within minutes after the change of ends, Robert Lalthlamuana’s cross from the left fell perfectly for Komorski inside the box after Harmanjot Khabra failed to clear but the defender’s left-footer flew over the bar.

NorthEast United’s efforts bore fruit at the hour-mark. Lalthlamuana split the Bengaluru defence to release Federico Gallego into the box and the Uruguayan forward placed a neat finish in between the goalkeeper’s legs and into the net.

A long punt up the field by Reagan in the 64th minute almost put NorthEast United in the lead. Ogbeche raced past Serran, got inside the box and forced Gurpreet into a fine save with his legs.

Substitute Panagiotis Triadis found himself one-on-one with Gurpreet in the 69th minute after latching onto an excellent lofted ball by Lalthathanga Khawlhring, but the new signing failed to beat the India international.

Bengaluru regained their lead from a Rahul Bheke throw-in in the 71st minute. Juanan flicked the throw-in across the goal and Chencho turned up unmarked to slot home.

NorthEast United did threaten on a few occasions in the closing stages however, Gurpreet made the difference in between the sticks to deny the visitors and help his team clinch three points on home soil.