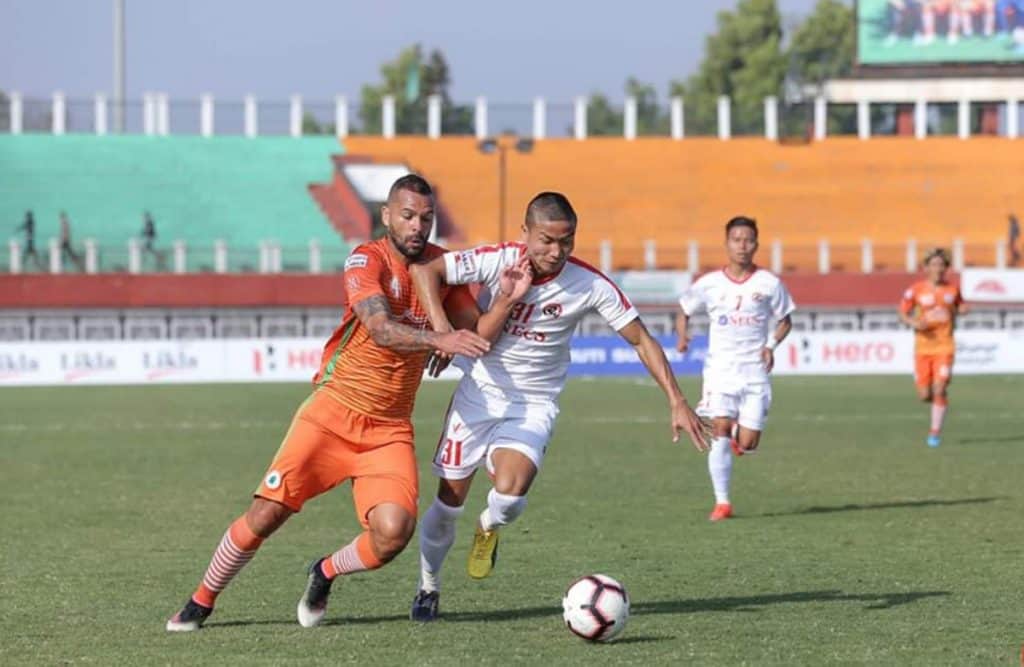 Neroca FC and Aizawl FC played out a goalless draw with both the teams sharing a point each in their I-League tie at Imphal on Sunday.

Malemnganba Meitei was adjudged the Hero of the Match.

Neroca FC, after two continuous defeats to Mohun Bagan and Churchill Brothers, started the game searching for a win to return to title contention. However, it was the visitors Aizawl FC, who seemed to press hard to draw first blood but were unable to convert opportunities in their favour.

The Manipur side, on the other hand, started attacking a little later and were in better control of the game mid-way into the first half.

The hosts made a few interesting moves and breached the Aizawl box quite a few times but full credit to the Aizawl defenders and goalkeeper Lalawmpuia, who ensured that the hosts did not edge them out early.

While the first-half ended goalless, it was a highly entertaining 45 minutes as both the teams displayed good football.

The second-half began on an eventful note as Neroca’s Ferreira was shown the red card in the 48th minute for a dangerous challenge on Aizawl’s Ivorian forward Zikahi Dodoz.

Neroca, who were now down to 10 men, had more trouble coming their way with two back-to-back yellow cards for defender Sebastian Thangmuansang and Aryn Williams for rash challenges.

The game, thereafter, saw the visitors pressing hard on the 10-man Neroca FC at regular intervals, but couldn’t really make the most of all the opportunities that came their way.

While Neroca did make a few attempts to score but nothing was impressive enough to trouble the Aizawal defence. The goalless game came to an end with both the sides sharing the points.

Film on fake encounters in Northeast by debutant filmmaker