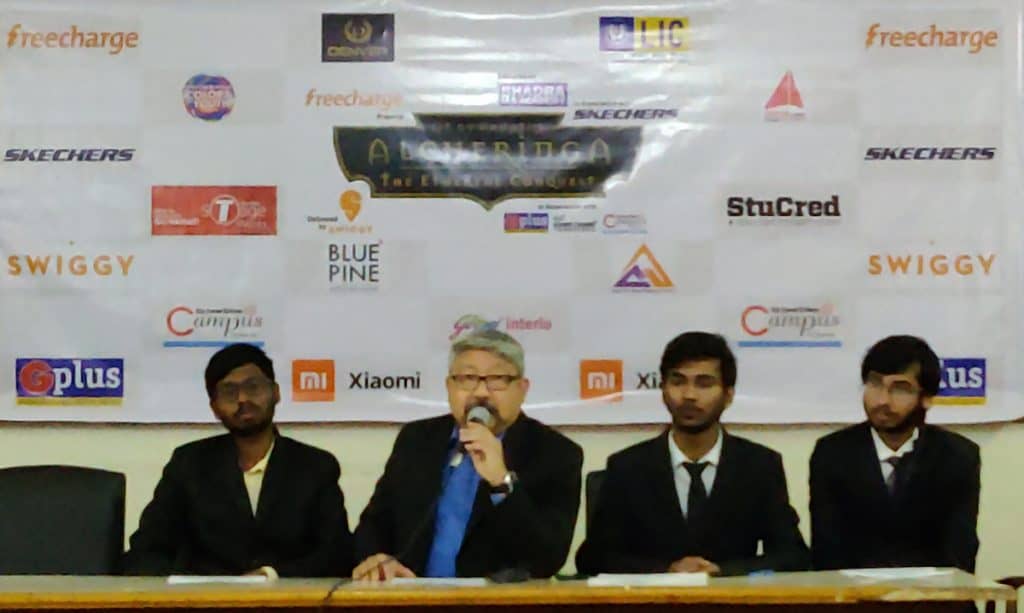 The annual cultural festival at IIT Guwahati, Alcheringa, is celebrating its 23rd edition this year. The fest, from January 31 to February 3, is decked up with over 40 different events expecting a footfall of more than 1 lakh people and participation from over 500 colleges.

The theme for the 23rd edition of Alcheringa is ‘The Ethereal Conquest’ which aims to represent the triumph of dreams over the fear of failure and to bring out the hero within.

Alcheringa 2019 will host ‘North East Expo’ to showcase the rich cultures of the eight states of the Northeast through performances of traditional dance, music and art forms, and specifically giving a platform to promote local talent. There shall also be exhibitions of handicrafts and handlooms of various states during the festival.

This year Alcheringa will be hosting 4 different professional nights. Indian classical music maestro and Padma Bhushan and Grammy for Best World Music Album 1994 awardee Pt Vishwa Mohan Bhatt, known for his Mohan Veena, will be performing on the inauguration night on January 31.

‘Juggernaut: The Metal Night’ will be headlined by Canadian metal band, ‘The Order of Chaos’ on February 1.

Crescendo will be headlined by Bollywood duo Sachin-Jigar featuring Ash King on February 2.

In addition to the cultural extravaganza, there will be performances from Germany – the violin & drum duo, Scylla and veteran of German Hip-hop, Flowin IMMO.

Other interesting attractions in this edition of Alcheringa include the IITG Model United Nations – that emulates actual councils of the United Nations.

SC seeks details of people identified as foreigners in Assam