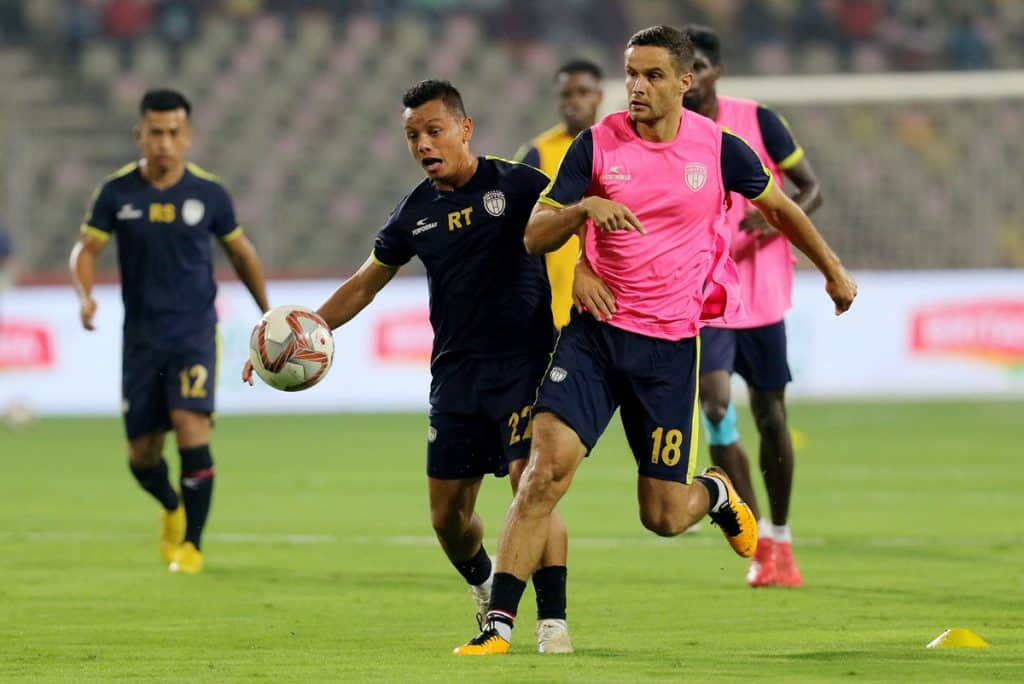 NorthEast United FC will look to boost their bid for a spot in the top four when they resume their Hero Indian Super League (ISL) campaign with a clash against Chennaiyin FC at the Indira Gandhi Athletic stadium in Guwahati on Saturday.

Eelco Schattorie’s team is fourth on the table with 20 points from 12 games. With just six games remaining and Jamshedpur FC, ATK breathing down their neck, it is imperative that the Highlanders grab a win against the bottom-placed side.

There will be concerns, though, particularly their form before the break. NorthEast United are winless in four games and suffered a 1-5 reverse at the hands of FC Goa in their last match. However, Schattorie will hope his side is fresh and raring to go after the long break, besides being boosted by the signing of Greek forward Panagiotis Triadis and Shouvik Ghosh.

“We have reached the top four and we have done it through hard work. We have had time to get to know each other and then we had the break. In the break, we tried to make a plan for the next part. We started preparation in the last two weeks. The only thing that I didn’t like is that we played our two friendlies against low-level opposition. That makes it difficult for the coach to assess the level of the team,” said Schattorie.

In six outings at Guwahati, NorthEast United managed to win just once, drawing four and losing one game.

Once again, the onus will be on Bartholomew Ogbeche who has nine goals under his name to lead the attack against a fragile Chennaiyin defence which has the worst defensive record in the league this season (24 goals conceded in 12 games).

The defending champions have won just one game so far and have, realistically, just pride to play for. However, John Gregory will be keen to ensure they finish as high up as possible and generate some momentum for their campaign in the AFC Cup.

He will hope the break and the addition of new signings help turnaround their fortunes. CK Vineeth and Halicharan Narzary have been brought in on loan from Kerala Blasters and the duo could liven up proceedings.

The Englishman also suggested that Chennaiyin might go into the match with just four foreigners.

“It could be that we will experiment with just four foreigners in the rest of the ISL. We got in two boys from Kerala who are domestic players. So, they are not adding to the foreigner quota. It’s a no brainer for me, considering their quality. They are ready-made as they are already adapted to the conditions and the league,” he said.

The likes of Jeje Lalpekhlua and Anirudh Thapa, coming after encouraging outings with India in the Asian Cup, will also be confident of replicating the same with Chennaiyin FC. However, the absence of skipper Mailson Alves due to a suspension will be a worry for an already shaky defence.

Assamese films to look out for in 2019