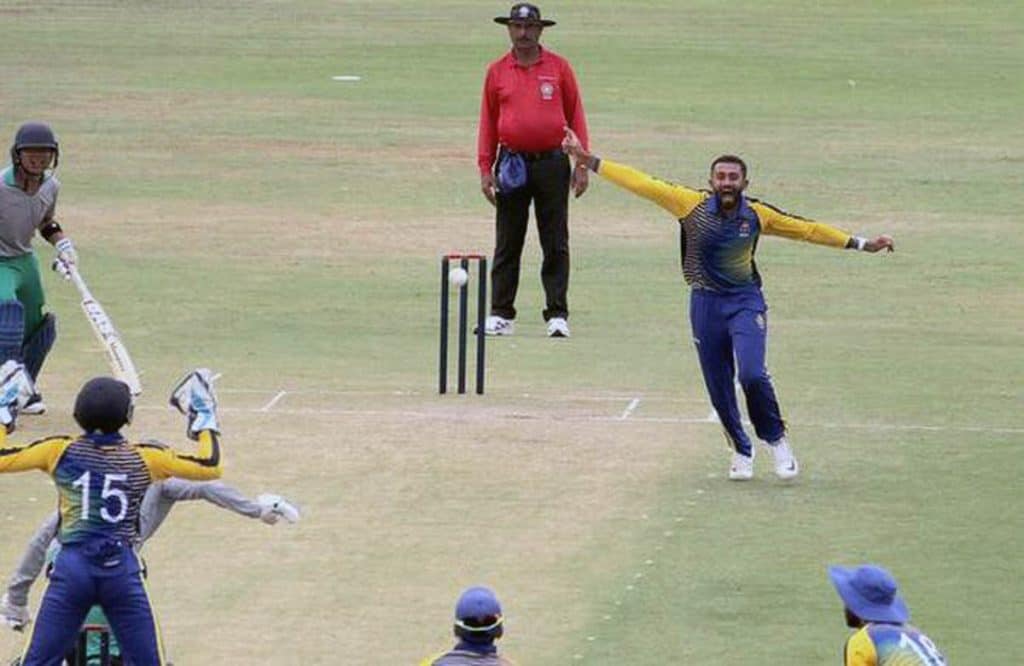 Karnataka thrashed minnows Mizoram by 137 runs to cruise to their fourth win on the trot and consolidate the position atop Group D, while former champions Bengal were stunned by Assam in the Syed Mushtaq Ali T20 tournament, at Cuttack on Monday.

Opting to bat, Karnataka toyed with the Mizoram attack to post 242/4 in the stipulated 20 overs.

In reply, Mizoram were restricted to 105/6 with leg-spinner Shreyas Gopal returning best figures of 4/8 from his four overs to hand his team a simple win at the Barabati Stadium.

Karnataka have 16 points from four matches, four points clear of Assam, who jumped to second spot following their stunning 26-run win over Bengal at the Barabati Stadium.

Dinda finished with impressive figures of 4/17 but Bengal failed to put up a good show with the bat, managing just 136/9 in 20 overs and succumb to their second defeat.

In Group A, Manipur thrashed Nagaland by 10 wickets, while J&K beat Andhra by five wickets.

In Group C, Sikkim were bundled out for 75 as Saurashtra cruised through to a seven-wicket win. Jaydev Unadkat and Chetan Sakariya picked two wickets each as Sikkim struggled to get any sort of momentum in their innings. India Test ace Cheteshwar Pujara’s unbeaten 39 guided his team to a comfortable victory.

In Group E, Uttarakhand beat Tripura by 37 runs, while Maharashtra prevailed over Hyderabad by seven wickets.

Artists call for peace in Arunachal, say they stand with the people

In Assam, some authors can do anything for awards: Nitumani Saikia