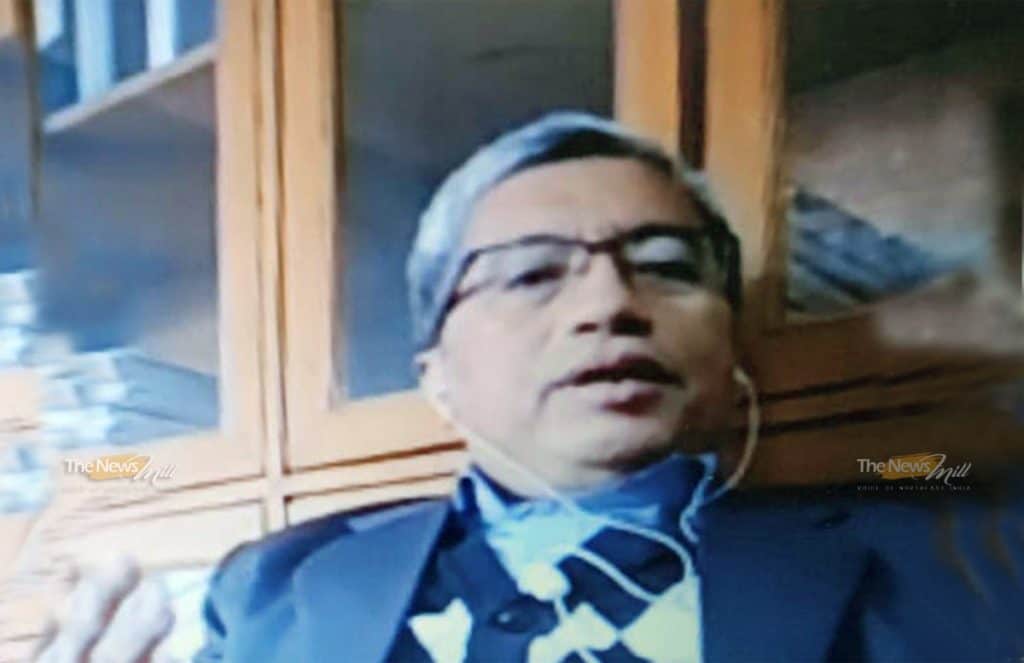 Interacting with the journalists at Guwahati Press Club as part of its ‘Meet the Press’ program through video-conferencing from New Delhi on February 8, Chakma stated that the proposed amendment neither changes the status quo on ground nor does it allay long-standing concerns over the issue of refugees.

Explaining his point of view on the bill that contains only three clauses, Chakma stated that the Citizenship (Amendment) Bill does not introduce any new element whatsoever. “The first clause relates to ‘exempting Hindus, Buddhists, Christians and Sikhs’ from Pakistan, Afghanistan and Bangladesh from being defined as ‘illegal immigrant’. But since the Hindus who came from Pakistan and Afghanistan to settle in India’s western part have been applying for citizenship and getting it too, there is no reason as to why their counterparts elsewhere in the country cannot do and get the same,” he said.

The second clause relates to reduction of waiting period for submitting application for citizenship via naturalization from 11 years to 6 years. It makes no difference as those who had come to India by 2007 can now apply for citizenship. “If the bill does come about, all it will accomplish is to enable those who came by 2012 to apply for citizenship now itself; otherwise, their turn will come in 2023 in due course. The process will continue,” he pointed out.

The third clause punishes ‘Overseas Citizen of India’ card-holders for violation of provisions ‘of any law for the time being in force’, which is draconian and appears to be a means to stop criticism by OCI card-holders, stated the rights activist.

“CAB does not introduce any new element as per the Citizenship Act, except the exclusion of certain countries and religious groups. Whether one is included in the NRC or not, those who have fled to
India to escape persecution can apply for citizenship like the Pakistani Hindus,” asserted Chakma, who hails from Tripura.

A regular contributor to various media outlets over rights issues, Chakma also claimed that the Citizenship (Amendment) Bill is all but an inducement to Bangladesh, Pakistan and Afghanistan to accelerate the cleansing of religious minorities from these countries.

“Instead of taking up the issue of protection of persecuted religious minorities with Dhaka, Islamabad and Kabul along with the international community including United Nations, New Delhi is
virtually asking these countries to expel the remaining minorities. Given the continuing persecution, the cut-off date of December 31, 2014 is illogical and arbitrary,” he said.

“This is nothing but continuation of the failed policy of Jawaharlal Nehru who remained silent after Myanmar military dictator Ne Win expelled about 3,00,000 Indian origin people following the coup in 1962. Had New Delhi spoken up at that time, Myanmar’s Rohingya crisis would not have been on the lap of Bangladesh, India and other countries now,” he argued.

Chakma also spoke out against what he termed ‘hypocrisy’ in Northeast states where some refugee groups are favored to the exclusion of others. The Mizoram government says nothing about 1,20,000 Chin refugees there, while Arunachal Pradesh government has been introducing program for Tibetan refugees, he pointed out.

“There is no other term to describe people who are fleeing persecution, except that they are refugees. It is high time India puts in place a comprehensive refugee law,” said Chakma, adding that no country governed by rule of law can deny shelter to those fleeing persecution.

However, shelter to refugees cannot be based on arbitrary selection of countries of origin or on religious grounds, either for preference or exclusion. Over 1,30,000 Sri Lankan Tamil refugees living in India since the 1980s and 1,20,000 Chin refugees living since the 1990s are in the process of gaining citizenship. The proposed bill does not deal with them at all, which exposes the serious flaws in the bill, he said.