Who are the modern Jinnahs? 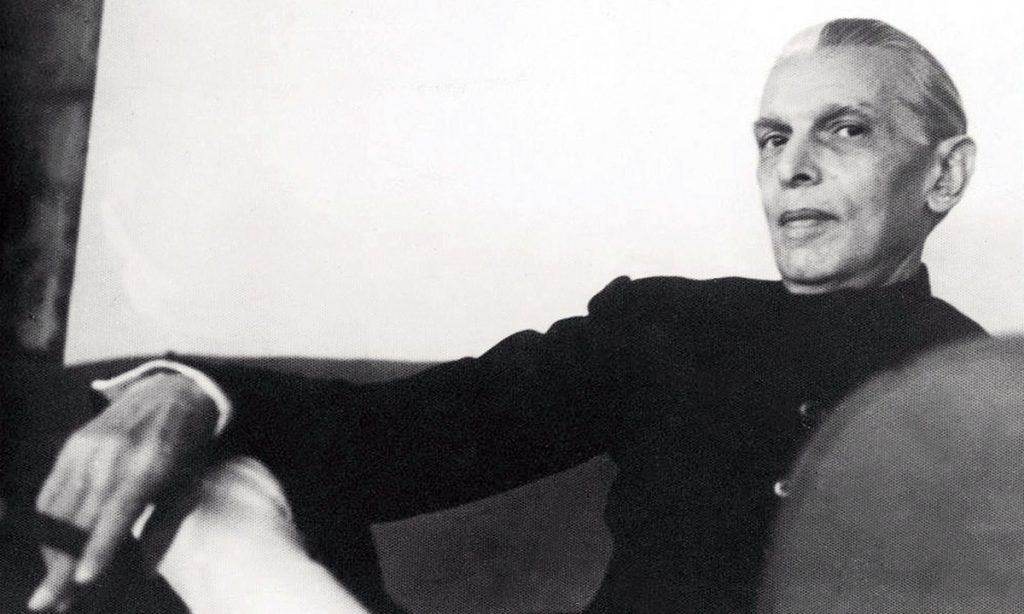 If one revisits the Independence movement, it will become crystal clear that even though Muslim League leader Mohammad Ali Jinnah advocated for a separate country for Muslims, most Indian Muslims decided to stay back.

Interestingly, Jinnah started as a Congressman. When he manoeuvred an understanding between the League and Congress in 1916 he called himself a staunch Congressman and opposed any politics of polarisation.

However, post 1920s, differences emerged between Gandhi and Jinnah. He had disagreements with Gandhi on Non Co-operation Movement and parted ways. Jinnah even then was not a radical Islamist leader. In 1928, he proposed that Muslims should give up separate electorates and accept one-third reservation and work with Congress. His suggestions however did not go down well with either Congress or the League.

In the provincial elections of 1937, the Muslim League fared very poorly in United Provinces (today’s Uttar Pradesh). Congress won enough seats to form government on its own. Jinnah felt alienated and started propagating that a majoritarian democracy would systematically keep religious minorities outside power. He gave the Two Nations Theory and said that Hindus and Muslims are separate nations and Muslims can develop in real sense only in a Muslim homeland.

Jinnah’s views however did not find many takers among ‘Indian’ Muslims. Jamiat Ulema-i-Hind, formed in 1919, believed that Muslims were an inseparable part of Indian civilisation and they opposed partition. Jamiat fought against British alongside the Congress and wanted a united India. Jamiat continues to work for the social and economic upliftment among Muslims. Even in Assam Jamiat members fought elections against Muslim League and won three elections. Noteworthy among them are leaders like Akram Hussain Saikia and Abdul Motleb Mazumdar.

This history of communal harmony is however dismissed by some modern political leaders. Rightwing parties after coming to power continuously bring divisive figures like Jinnah and overlook people like Maulana Abul Kalam Azad and Fakhruddin Ali Ahmed. Tipu Sultan, Aurangzeb and now Jinnah are selectively used to justify the communal hate mongering of today.

Such politics of polarisation have raised its ugly head in Shankar Azan’s Assam which has often proudly upheld harmony and peaceful co-existence. Some political leaders regularly make hateful communal statements to forward their sectarian political agenda.

And in this competitive communalism the forerunner is Assam’s popular and controversial leader Himanta Biswa Sarma. In his bid to support the Citizenship (Amendment) Bill forwarded by his latest political party BJP, he clearly stated that if Hindu Bangladeshis are not given citizenship and hence voting rights, 17 Assembly seats of Assam will go to the successors of Jinnah. By dragging Jinnah, he meant that Muslims may win from these constituencies. His new-found love for frontier areas like Dhubri, South Salmara is also interesting. He is bothered that no Assamese is elected in these areas – meaning that people who are elected here year after year are not Assamese. One is left wondering if Assamese inherently is always a Hindu.

This is not the first time that he has made such remarks. His initiation in his new party has unleashed some kind of hatred for these areas. Sometime back he lamented that if he visits places like Dhubri, Goalpara and Barpeta he feels that he is visiting a foreign country. It is interesting. Dhubri’s Gauripur is home to popular Goalpariya singer Padmashree Pratima Barua Pandey. The language in which she sang is Goalpariya or Deshi language and is spoken by people of Dhubri across communities. If Goalpariya speakers seem like non-Assamese to Sharma then he and his party should stop peddling Pratima Pandey’s name outside Assam.

In a recent television interview he also expressed much sorrow about the ‘plight’ of Hindus in Muslim dominated areas. He started with commenting on the eviction of encroachers on Kaziranga and how the government freed the area. Interestingly if these were illegal encroachers why did the government agree to pay compensation? Also if these encroachers were illegal immigrants, then why should they only be evicted and not detained. A few journalists at that time did some excellent reporting which brought out that these people were settled there by government after they lost their land to river erosion.

Along with Kaziranga, Sarma kept on harping about the Moinbori Xatra and emphasised that the Xatra had to be shifted to Sorbhog because of the disturbance caused by local Muslims. This obnoxious claim was outrightly dismissed by the Xatradhikar and his family. In fact they said that the local people supported the Xatra financially and only when the entire Xatra land was lost to river erosion in 2005, then the Xatra had to be shifted. The elder son of the Xatradhikar still lives among the Muslims. The local Hindu and Muslim people of Moinbori came out against Himanta Biswa Sarma’s maligning statements. Even an FIR was registered against him for making communally sensitive statements.

Such claims make one wonder who in today’s India is trying to implement Jinnah’s vision and claims that Hindus and Muslims cannot co-exist. Isn’t it the party and its leaders which believe that India is a natural homeland for Hindus and are hence pushing for the Citizenship (Amendment) Bill? But Muslims will not be given that right. Wasn’t this the very concern of Jinnah seven decades back? Isn’t RSS backed BJP today busy materialising Jinnah’s theory of a Hindu India and a Muslim Pakistan?

Sarma is also very obsessed with Muslim dominated border areas like Dhubri, Barpeta, Goalpara etc. He regularly casts doubts on these people. While a place like Dhubri is very much multicultural, despite sharing border with Bengal and Bangladesh, Dhubri’s people chose Assamese. One is tempted to ask Sarma that who are the Jinnahs of today that he sees in undivided Goalpara? Is it the veteran advocate Md Abdul Karim and late Abul Hossain Pandit who along with others gave memorandum to State Reorganisation Committee in 1955 and demanded that undivided Goalpara should be a part of Assam and not Bengal? Or is it Jahanuddin who was jailed for participating in the Language Movement? Or is it known authors like the late Shilabhadra or Kashema Khatun who writes parallelly in Assamese, Goalpariya and the language spoken in Chars? Or does he see Jinnah in the thousands of Char people who came out in large number during language movement and in broken Assamese claimed that they were Assamese?

No, Mr Minister – these poor working class people who have accepted Assamese language and culture as their own are not the Jinnahs of today. It is people like you who peddle hate in the name of religion, who hails communal attitude as opposed to secularism, who sacrificed communal harmony at the hope of a few votes – its people like you who carry the divisive legacy of Jinnah. Assam is the abode of syncretism, which saw the intermingling of soulful jikirs and kirtans. It houses dargahs which sees more Hindus than Muslims. The Poa Macca of Hajo and the Haygriv Madhav Mandir stands shoulder to shoulder. This shared legacy will be resilient at the face of communal polarisation.

Governments will change but society will persist. Narrow politics of a day cannot ruin the social fabric of a state which has survived much more.

The views and opinions expressed in this article are those of the author and do not necessarily reflect the official policy or position of The News Mill.

We must strengthen bonds between India and ASEAN: Alphons