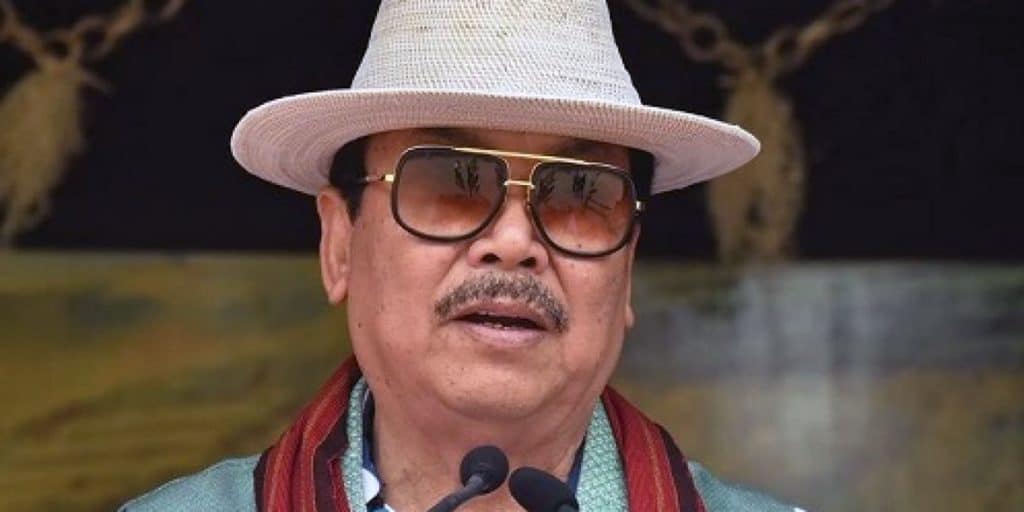 Arunachal Pradesh deputy chief minister Chowna Mein will not contest the upcoming state assembly elections from the Lekang constituency as he on Friday announced his intention to contest from Chowkham.

Announcing his candidature from the Chowkham Assembly Constituency, Mein, who represented Lekang for 5 consecutive terms since 1995, said that he is thankful to the people of Lekang for their continued support since last 30 years.

Itanagar and several other areas of the state protested the decision leading to severe violence. Mein’s private residence in Itanagar, along with the Itanagar International Film Festival venue and other government and private properties, were burned by the protesters.

Later, the state government led by chief minister Pema Khandu declared that they won’t take up the PRC issue again in the state.

While peace returned to Itanagar, people in Lekang said that they felt let down by the state government’s decision. Mein’s inability to take the general public and stakeholders into confidence before announcing the “New Year gift” was seen as one of the reasons behind the PRC issue blowing out into a major law and order crisis.

With assembly elections due with the Lok Sabha elections in April-May, Mein has chosen to step aside from Lekang and contest from a safer Chowkham constituency which till now was represented by Chow Tewa Mein, who will not contest the upcoming elections. Chow Tewa Mein is a veteran political leader having started his career from the grassroots before moving to the provisional assembly and being a cabinet minister and representing Chowkham for the last three consecutive terms.

Announcing his decision to contest from Chowkham, Chowna Mein on Saturday posted on Facebook his contributions to Lekang for the last 5 terms. “I wish to thank the people of Lekang for their love and support in my 30 years of active politics. In these years, as entrusted upon me, I tried my best to work for the welfare and over all development of Lekang constituency in my best possible way though my efforts have always been for the development of whole Namsai district. In my stint as five-term MLA from Lekang constituency, I have brought many developmental activities some of which are highlighted…” he wrote highlighting some of his initiatives at Lekang.