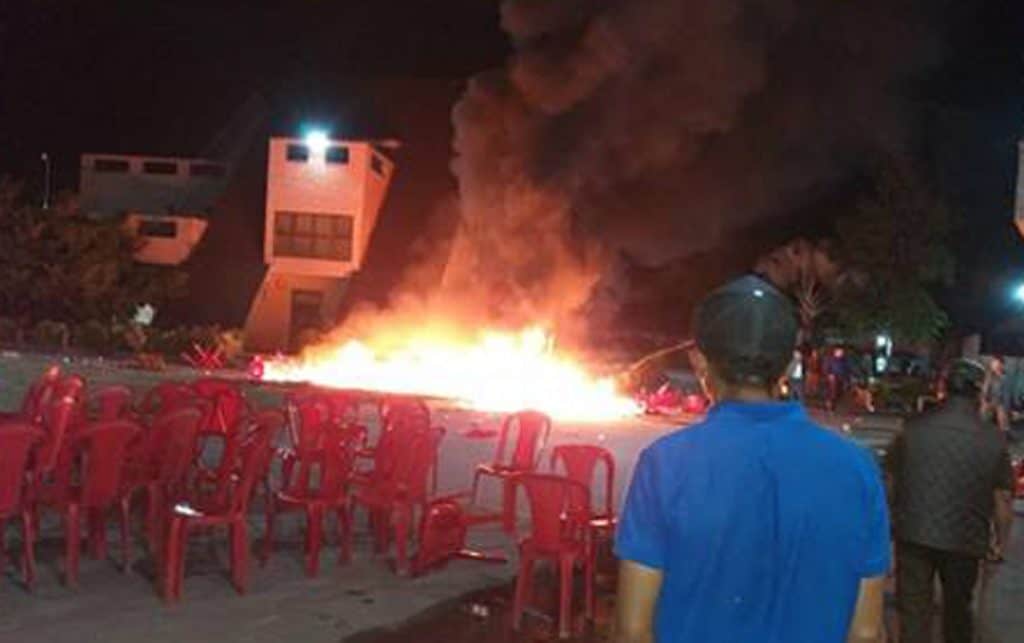 An unruly mob attacked and burned down a private residence of Arunachal Pradesh MLA from Yachuli constituency, Likha Saaya, in Itanagar on Sunday night.

Police said that the mob attacked the private residence of Saaya and broke furniture before setting some of them on fire at around 9pm.

The mob burned furniture kept on the corridor and pelted stones damaging window panes. Reports said that no one was hurt in the incident.

“The situation is under control now. Many chairs burnt down but house not burnt. However, many glasses broken due to stone pelting,” news website Arunachal24 quoted Capital SP Tumme Amo as saying in a WhatsApp message.

Police has registered a case at Nirjuli police station.