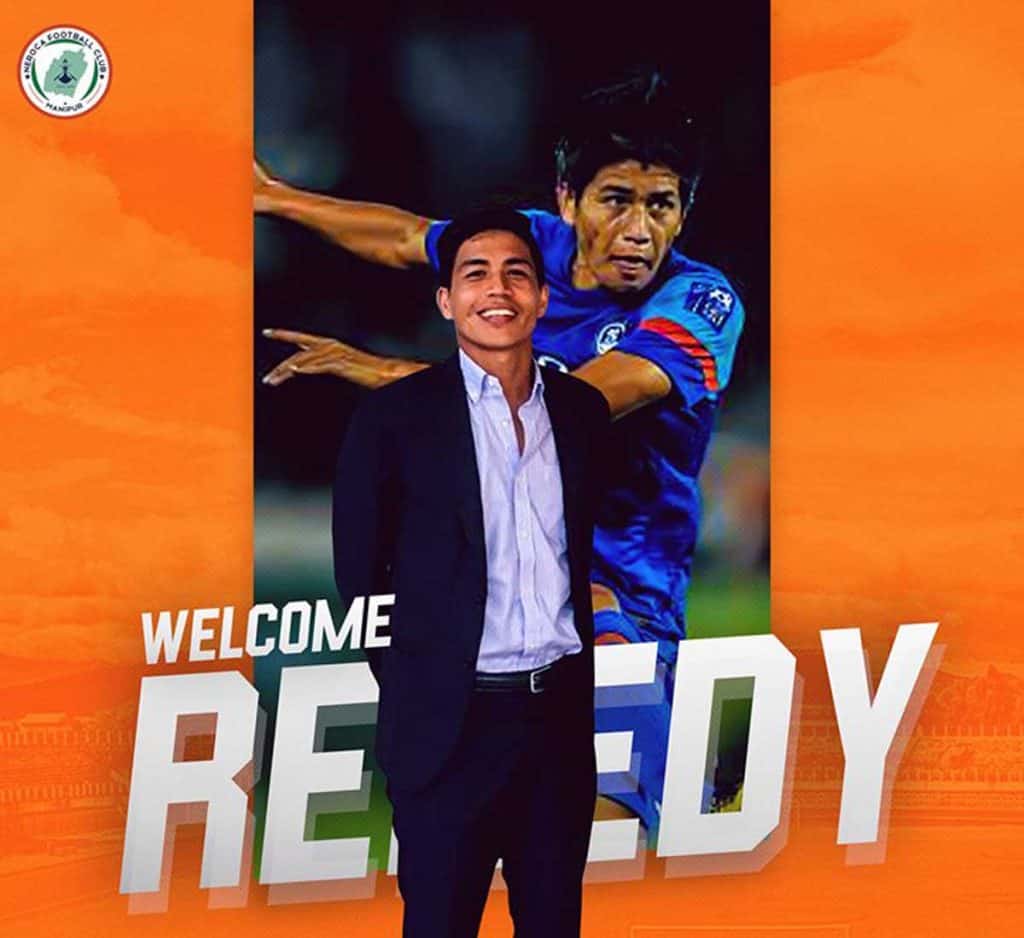 Former India midfielder Renedy Singh will be the new coach of Neroca FC, an I-League club of Manipur.

The 39-year old Manipur native said that he was glad to sign for the club and was looking forward to work with the players.

Neroca FC which finished in the sixth in the tally of this year’s I League was being coached by Spaniard Manuel Retamero Fraile.

“It is an honour to be the head coach of Neroca FC. Hoping I could help the team implement my own philosophy and use my own style, which is going to be important here at Neroca,” said Renedy who is an AFC – A Licence holder.

Neroca lost to Real Kashmir 2-3 at home in their final match of the 12th I-League to finish with 26 points (from 20 matches). It turned out to be Fraile’s last match at the helm of the Imphal side.

Renedy donned the national colours in 59 matches between 1998 and 2011 during which he was a dead-ball specialist along with Steven Dias.

He also captained India on a few occasions and featured in the 2011 Asian Cup in Qatar.

After retiring from international football in 2011, he took to coaching. He had a stint as assistant coach of Indian Super League side Pune City FC in the 2015-16 season.