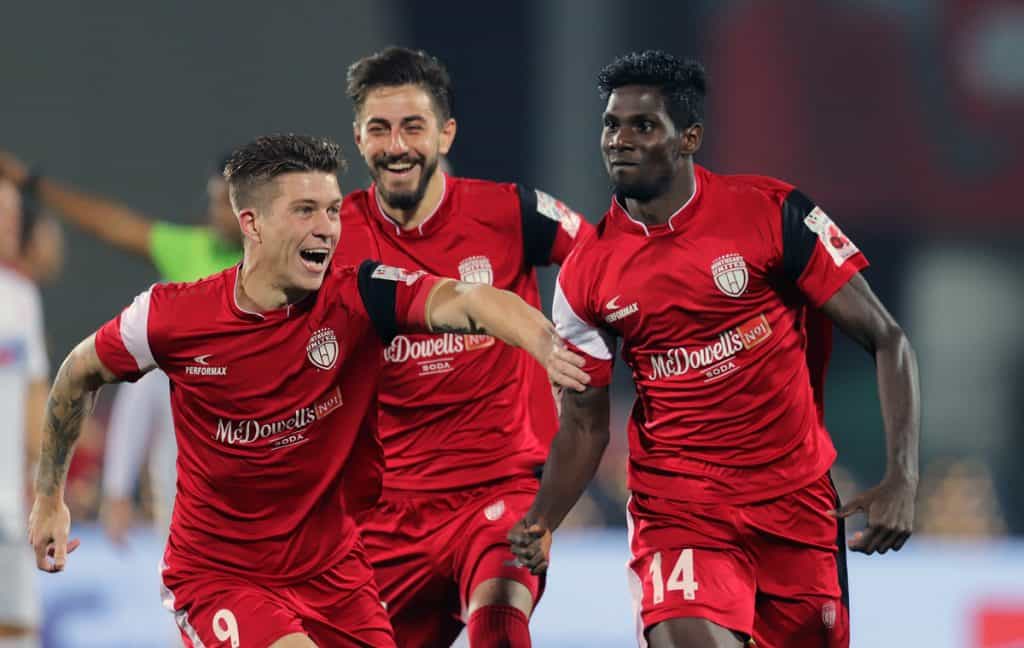 NorthEast United FC created history with their qualification to the playoffs stage at the Indian Super League this season. Eelco Schattorie’s men will take on Bengaluru FC at their home ground in Sarusajai, Guwahati for the first leg of their playoffs on March 7.

The season has been a rollercoaster ride for NorthEast United FC but against the most consistent team in ISL in the last two seasons, the head coach will once again be banking on the Gallego-Ogbeche partnership to continue making an impact.

For the hardcore fans, the team’s latest performance has been a refreshing beginning after the dismal last season. For the season finale at home on March 7, the NEUFC management has given out discounted tickets – at Rs 150, to bring back the roar at the Indira Gandhi Athletic Stadium in Guwahati which till the first three seasons witnessed jam-packed fans.

In a recorded video message, captain and top-scorer for the Highlanders, Bartholomew Ogbeche, was seen speaking in Assamese, asking the fans to join them for the semi final match at Guwahati.

“It’s been 5 long years and we are here. Obviously this is not the end and we hope to win the title. This is our last home game this season and we expect our fans to come out and support us. We have given our best…Come out and cheer for our team. Be the 12th man and make sure NorthEast United makes it to the finals,” said team owner and Bollywood actor John Abraham.

After the first leg of the Semi Final match against Bengaluru FC at home on March 7, NorthEast United will play them at Bengaluru on March 11. The winner will wait for the winner between the other semi-finalists Mumbai City and FC Goa to play the season Final at Mumbai on March 17.