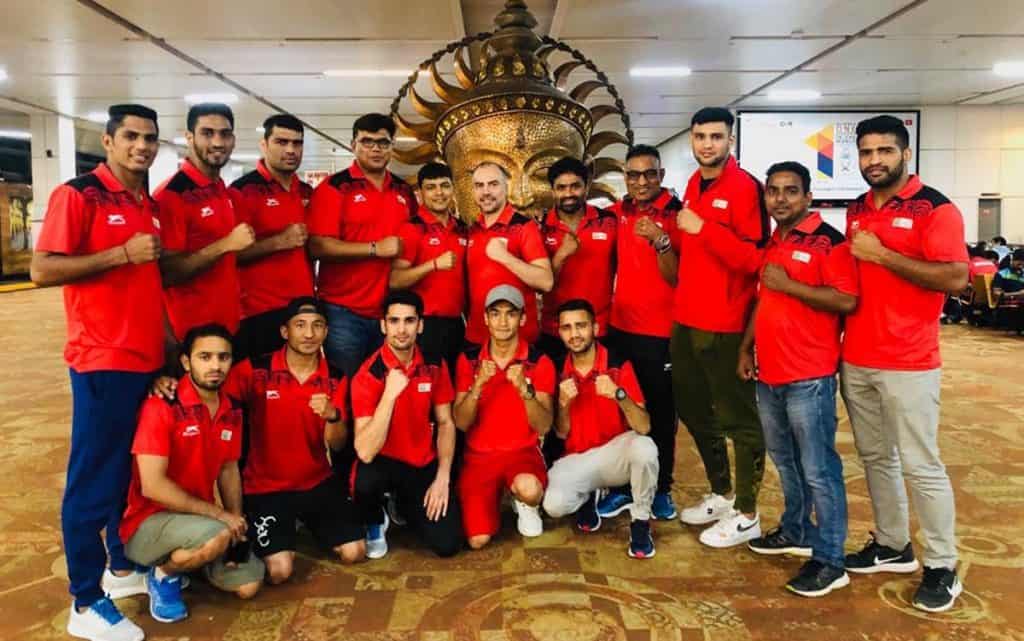 Ten-member men's contingent with the officials for Asian Championships

Asian Games gold-medalist Amit Panghal will be making his competitive debut in the 52kg category while Shiva Thapa (60kg) will eye a record-breaking fourth successive medal. The former world championship bronze-medallist from Assam has won medals in three previous editions – Gold in 2013, Bronze in 2015 and Silver in 2017.

Former world junior champion and Gold medalist at the Strandja Memorial Cup, Nikhat Zareen; (51Kg); two-time youth world championships Gold medalist, Nitu is a bright prospect in 48kg and will look to do justice to her selection. The 54kg challenge will be led by her state mate and World Championship quarterfinalist, Manisha.

India’s hopes in 64kg will rest on Punjab’s Simranjit Kaur and Assam’s Lovlina Borgohain, Bronze medalist in 2017 in 69kg. Haryana boxers Nupur making her debut and Pooja Rani will eye for her third title as they secured berths in 75kg and 81g respectively. Experienced boxer, Seema Poonia will be vying for the title in the 81+kg category.

In the men’s section, the 49kg category will be represented by Deepak Singh, who clinched a gold medal in the Makran Cup in Iran last month while Kavinder Singh Bisht, the gold-winner in the GeeBee Tournament, has been picked for the 56kg category. The Commonwealth Games silver-medalist, Satish Kumar was expectedly the choice for the +91kg division. Satish won a bronze medal at the 2015 edition of the Asian Championships.

After seven successful editions, the women’s competition will be held simultaneously as the men at the Asian Championships for the very first time. In the last edition, the Indian women grabbed a total of seven medals that included one gold, one silver and five bronze.

Election campaigns in Assam: High on rhetoric, low on content