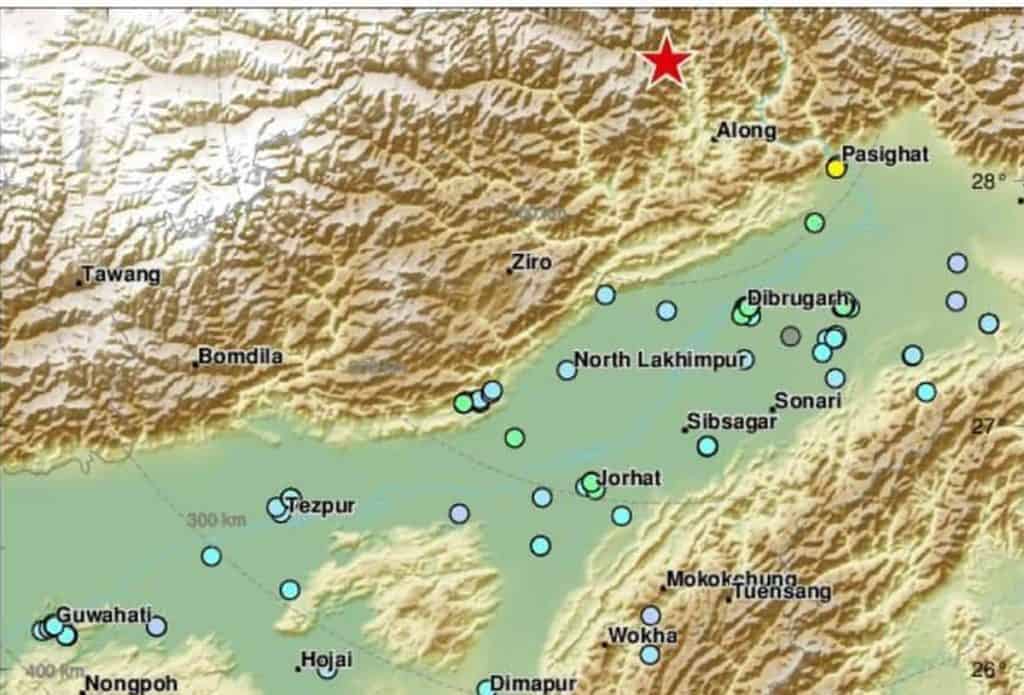 An earthquake measuring 6.1 on the Richter scale struck Arunachal Pradesh state, near the border with China, seismologists and residents said.

The earthquake, which struck at 1:45am on Wednesday, was centred west of Mouling National Park, about 43 kilometres northwest of Aalo, the headquarters of West Siang district.

China’s Earthquake Network Center put the preliminary magnitude at 6.3, while the US Geological Survey put it slightly lower, at 6.1. Both said the quake was very shallow with a depth of less than 10 kilometres.

The epicentre of Wednesday’s quake was close to the border with China, about 130 kilometres south of Nyingchi in Tibet. It may also have been felt in parts of Bhutan and Myanmar.

Computer models from the USGS estimate that more than 8.5 million people may have felt Wednesday’s earthquake, including 72,000 people who may have experienced moderate to strong shaking.