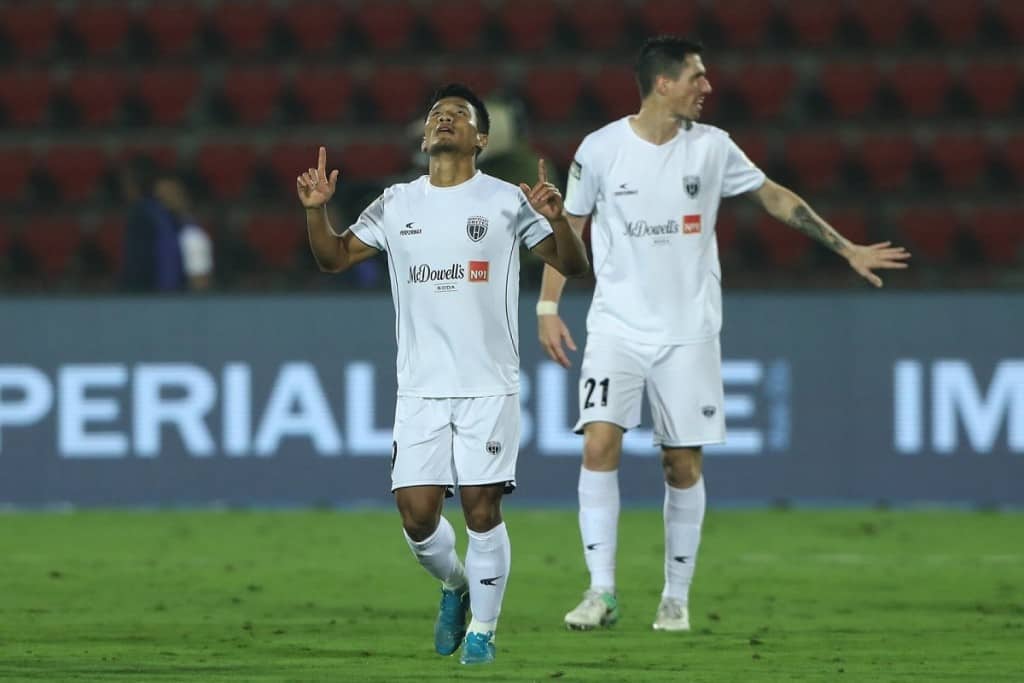 FC Goa on Tuesday completed the signing of Seiminlen Doungel on a free transfer from Kerala Blasters.

The forward, who had two years left on his contract at his previous club, was released and will now turn out for the Indian Super League side FC Goa till the summer of 2021.

Doungel began his professional career with East Bengal before going on to play for Pailan Arrows, Shillong Lajong and Bengaluru FC in the I-League. He has earlier represented NorthEast United, Delhi Dynamos and Kerala Blasters in the Indian Super League.

Known as ‘Len‘ in Indian football circles, the man from Manipur possesses the ability to play across the forward line. Doungel adds both depth as well as competition in the forward ranks for FC Goa. After having topped the charts in terms of goal-scoring in the last two seasons of the ISL, Len’s signing should provide more reasons to smile for the FC Goa fans in the seasons to come.

“Goa as a team has been consistently improving every season and playing a very good brand of football. I am looking forward to play at Fatorda in front of the Goan faithful and I wish to win the Indian Super League with the Gaurs,” Seiminlen Doungel said.

Speaking on the signing, Ravi Puskur, FC Goa’s Head of Technical Operation stated, “We are pleased to have secured the services of Len for the upcoming two seasons. He is a player we have kept an eye on for quite some time now and we are pleased that he has chosen to join us, ahead of the other options.”

“With his technical qualities, we feel he will be ideally suited to our style of football and expect him to slot into the squad seamlessly. His ability to play in multiple positions also gives us more depth in our attacking options and will only increase the competition for places.

“We hope Len can play his part in helping the team carry on from where we left off last season,” he added.

Tunisian film festival in Imphal on May 25-26