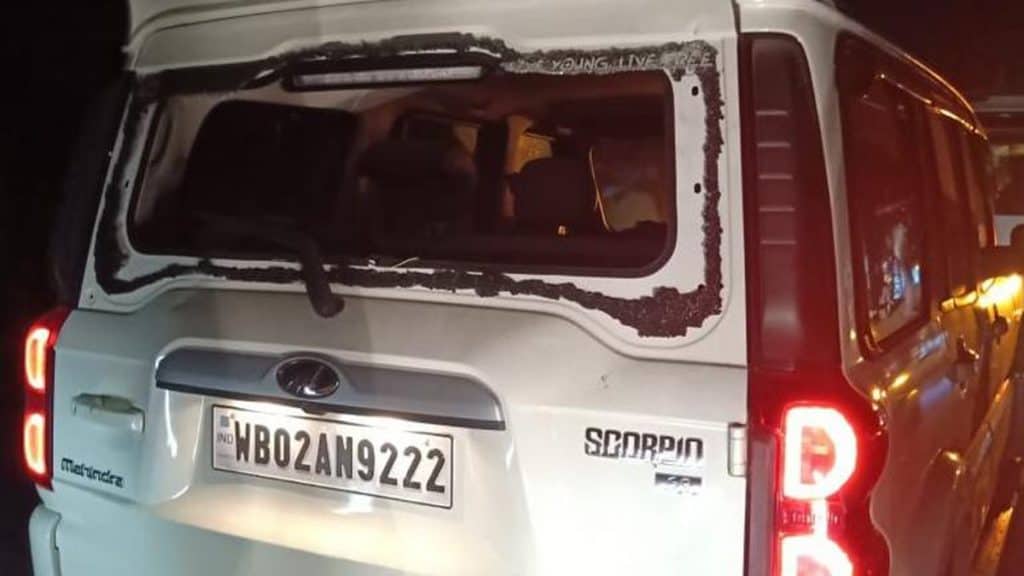 The incident happened when Ghosh was going to Khejuri with the convoy after doing a roadshow in Nandigram.

According to Bharatiya Janata Party leaders, the convoy was attacked soon after it crossed the Tekhali bridge and reached Tentultala in Khejuri.

Some bikes in the convoy were damaged and some BJP workers beaten up by the assailants, who allegedly were backed by the ruling Trinamool Congress.

“Two cars have been completed broken down. TMC goons surrounded the convoy from all sides,” a BJP source said.

Neither Ghosh, nor Sarma were injured in the attack and a large police contingent rushed to the area and controlled the situation.

Eyewitnesses said the trouble first sparked off during the roadshow at Kunjapur in Kanthi, when some BJP activists were beaten up. But local Trinamool leaders alleged that BJP supporters had attacked the vehicle of its local lawmaker Ranjit Mondal.

Condemning the attack on her party leaders, Union minister Nirmala Sitharaman alleged they were not given any police protection.

“Dilip Ghosh is our state president. Himanta Biswa Sarma is a minister of Assam. But still, they did not get any police help. TMC criminals, syndicates, attacked our leaders. This is against the law, and an example of the dictatorship in the state,” said Sitharaman, who is in the state for campaigning.

On the other hand, veteran Trinamool leader and former Union minister Sisir Adhikari accused the BJP of trying to foment trouble through provocation.

“They are provoking us. I don’t know whether they had any party programme. Now they have fled,” Adhikari, who is contesting the Kanthi Lok Sabha seat, said.

Papon appeals for river conversation in his new song