Pema Khandu sworn in as chief minister of Arunachal 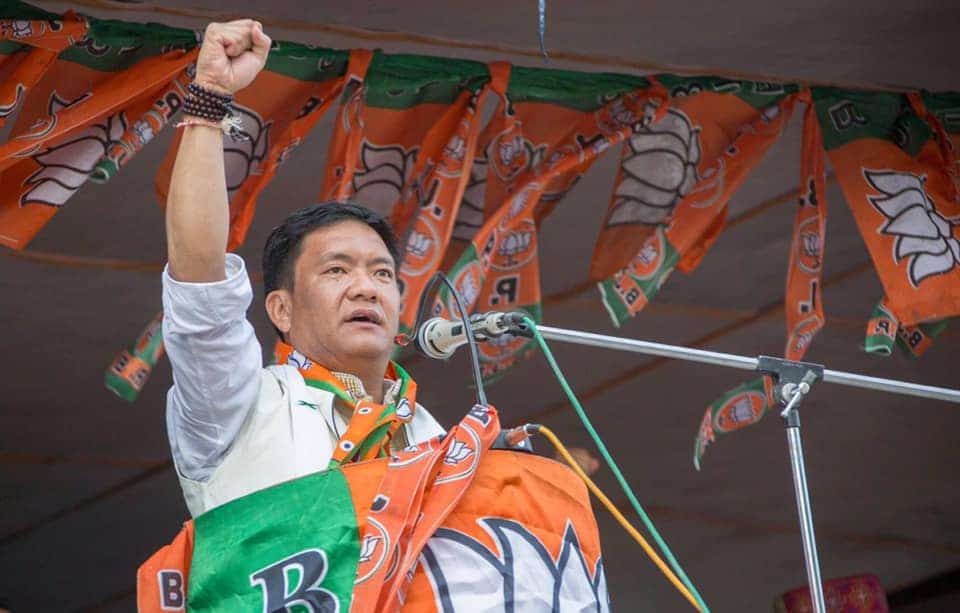 Pema Khandu on May 29 became the first chief minister to lead a directly elected BJP government in Arunachal Pradesh.

The Bharatiya Janata Party won 41 seats in the 60-seat assembly which went to polls on April 11 along with Lok Sabha.

Governor BD Mishra administered the oath of office and secrecy to the council of ministers. Many dignitaries such as the chief ministers from Tripura, Nagaland, Assam, Manipur, and Meghalaya were present. NEDA Convenor Himanta Biswa Sarma and BJP Northeast in-charge Ram Madhav were also present.

Addressing media persons after the ceremony, Khandu thanked Narendra Modi and Amit Shah for the BJP’s unprecedented victory in the state. Khandu said that the first priority for the new government will be law and order, followed by health, education and solving the unemployment problem in the state. He also promised to run a “clean” and “corruption free” government in the state.