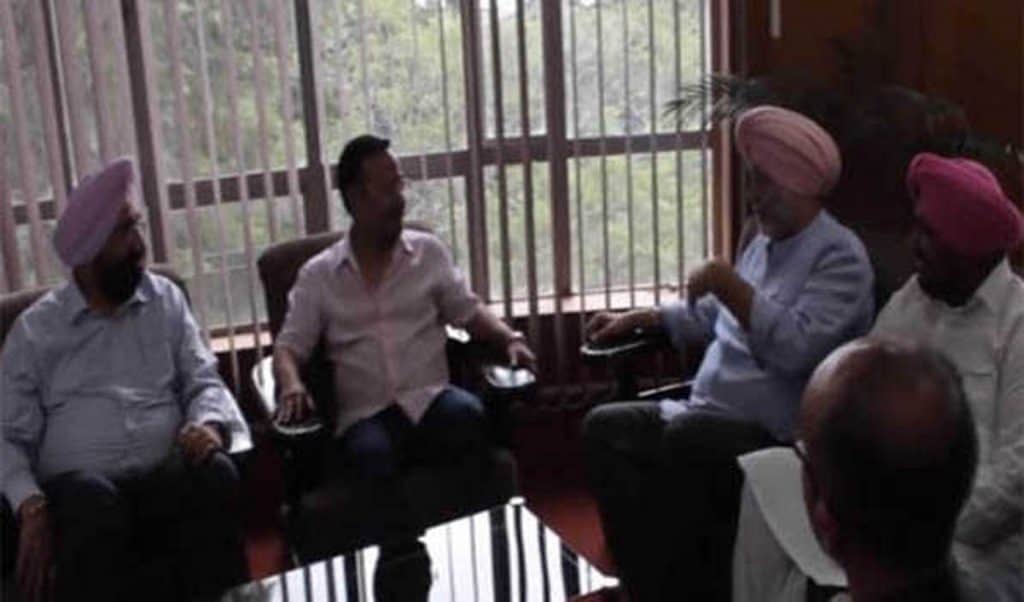 On the second day of their visit to Meghalaya, the visiting high-level Punjab delegation on Thursday morning met Meghalaya Home Minister James K Sangma and urged him to ensure early and amicable one-time resolution of the lingering settlers’ issue in Shillong.

The Punjab team also requested that the High Powered Committee (HPC) formed by the Meghalaya government on the issue should take into account all genuine concerns of the Sikh families before reaching any conclusion.

The delegation was rushed to the state by Punjab Chief Minister Capt Amarinder Singh to assess the ground situation in the wake of threats being reportedly issued to Sikh settlers in Shillong.

The delegation also requested the home minister to ensure security of the hundreds of Sikh families who had been residing in the Punjabi lane area of Shillong for decades now. “The state government should initiate more confidence building measures to instill confidence in the community,” they said.

On the issue of notices issued by Shillong Municipal Board to the settlers, the delegation urged the home minister to remove any apprehension from the minds of the minority community.

“Any arbitrary action taken by local authorities to evacuate the settlers would be in gross violation of the right to movement and freedom of the Sikh community,” the delegation said.

Expressing satisfaction with the handling of the situation by the state government, the delegation, on behalf of Captain Amarinder Singh, thanked Meghalaya home minister for his proactive efforts in defusing the situation. The delegation, however, underlined the need to guard against attempts by vested groups to create further problems.

On the issue of threats issued by the banned Hynniewtrep National Liberation Council (HNLC), the home minister assured the delegation that though the organisation was defunct, the state government was not taking any chances and had already made elaborate security arrangements. During the meeting, Sangma also spoke to Capt Amarinder Singh on phone and assured all possible help by his government to the settlers.

He also apprised the visiting delegation that Chief Minister Conrad Sangma was in constant touch with the Punjab chief minister, and would keep Capt Amarinder Singh updated on the situation which he was personally monitoring and reviewing.

Old Saraight bridge over Brahmaputra reopened for traffic after repairs