Animals trapped alive in keychains sold for $1.50 in China 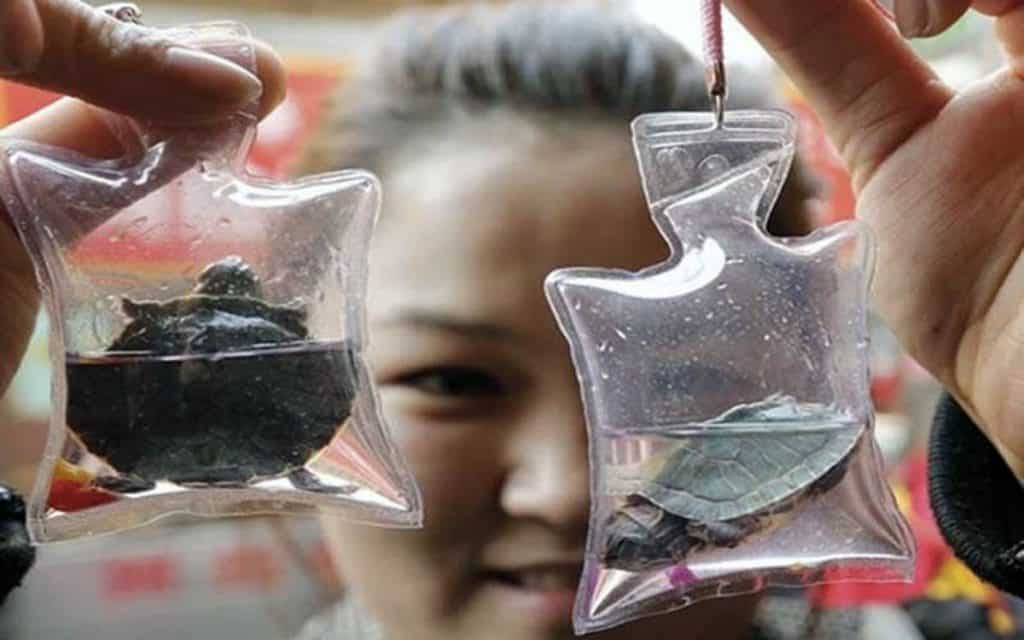 Animal rights activists and animal lovers are left horrified by a strange trend in some parts of China where live animals are trapped inside keychains and are being sold for around USD 1.50 – which roughly is Rs 103.

Live animals, which include fish, turtles and other amphibian, are kept inside small keychains made of plastic, are being sold in various places of China. The keychains are made of plastic which contain just enough water to allow the animal to survive. Also, small amount of crystallized oxygen and other nutrients are kept inside the small packet so that the animal lives for a few days.

“The animals only actually survive for a short amount of time in their tiny prison, so if the owner wants their pet to survive, they must cut it out of the plastic. Unfortunately, not everyone takes this measure. Some people simply let the animals die and then throw them away,” David Cohen wrote for Anon News.

Qin Xiaona, director of the NGO Capital Animal Welfare Association said that these keychains were still legal because only wild animals are protected in China, and these animals do not fall under that classification.

“China only has a Wild Animal Protection Law. If the animals are not wild animals they fall outside the law’s scope,” Qin explained.

A petition to end the sale of these disturbing keepsakes has already reached over 1 million supporters.

New Nagaland Governor Ravi to be sworn-in on August 1