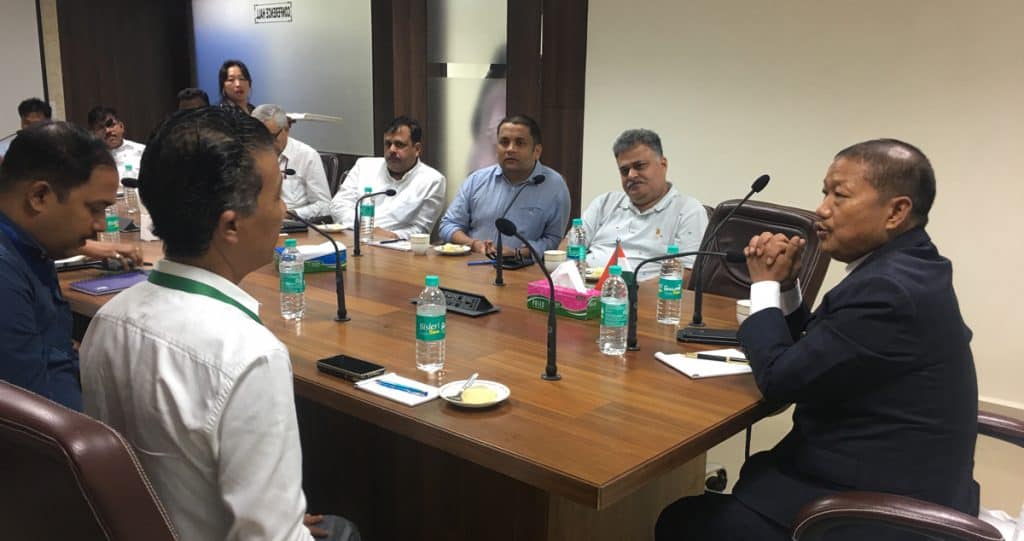 In a bid to create an investor friendly environment, Arunachal Pradesh Home Minister Bamang Felix held a meeting with representatives of a number of corporate bodies in Itanagar on July 25.

The meeting was attended by representatives of several corporate giants including NHPC, Bharat Petroleum, Tata Steel, and Reliance Comm. Ltd.

Welcoming the delegates, the home minister requested them to come forward and explore the diverse opportunities offered by the state and the region. He said the state government is willing to extend its full support to investors who are interested in investing in Arunachal Pradesh.

Felix, however, cited a few challenges faced by the state in terms of connectivity and communication which is being positively and actively taken care off by the present government, an official statement said. He also informed about the land reforms undertaken by the government which would help the corporate sector to establish their setups.

In the meeting, many corporate representatives who have their operations in the state, highlighted the problems faced on a regular basis. Felix, then, assured that a special security team would be provided for safety and security of the corporates in their work place so that they can have smooth operations.

During the discussion on corporate social responsibility (CSR) activities, the home minister informed the delegates about “Hamara Arunachal Abhiyaan”, a state government campaign, which is designed to educate people on their responsibility as a law-abiding citizens and is also aimed at securing safe investment in the state. He appealed to the corporate sectors to partner with the Arunachal Pradesh Police to make this Abhiyaan a grand success. The industry giants assured support under CSR.