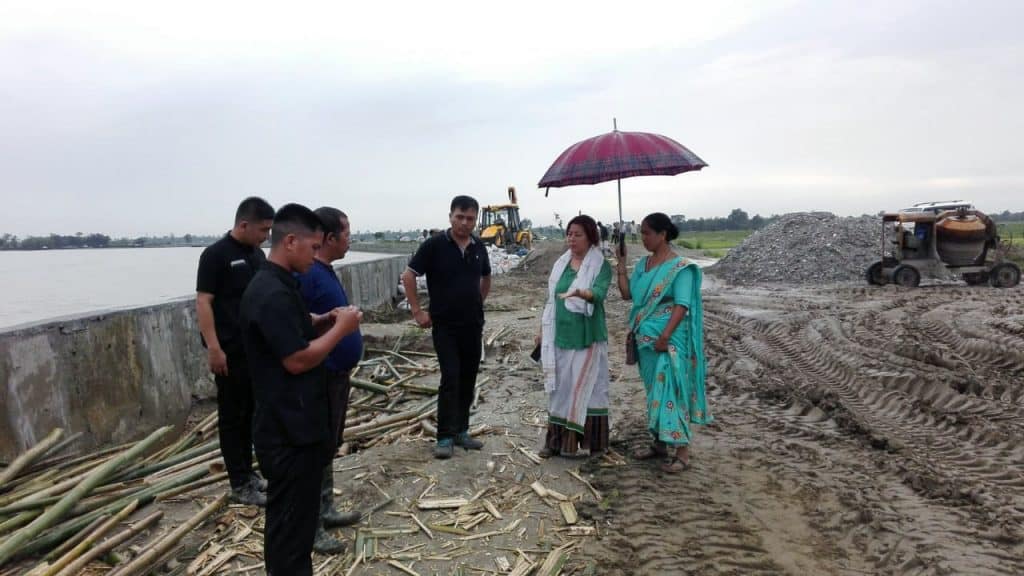 The Nao Dihing River, flowing through the Changlang and Namsai districts in Arunachal Pradesh, was flooded because of incessant rain in the area.

The river water inundated various areas of Namsai district. Lekang MLA Jummum Ete Deori along with Circle Officer Lekang, NL Naam, and other officials visited the flood affected areas under Lekang circle of Namsai district to take stock of the situation. The officials visited Dirak Miri, Rangalee Beel, New Silatoo and Philobari villages under Lekang circle and inspected the affected areas. They also visited the relief camp set up by the district administration at Silatoo Kosari Gaon where two families consisting of 10 members were sheltered.

Deori further visited the ongoing flood protection works at New Silatoo village which is being executed by the Water Resource Department. Some part of the ongoing sheet piling works has been damaged by the recent floods.

Deori instructed the department to take up flood protection measures to control any future damages. During her visit, she also appealed to the public to not believe to any kind of hearsay as the situation is being constantly monitored by the district administration and the department concerned.

Namsai Deputy Commissioner, Tapasya Raghav, had visited the flood affected areas on July 8 and has given necessary instructions to the departments.