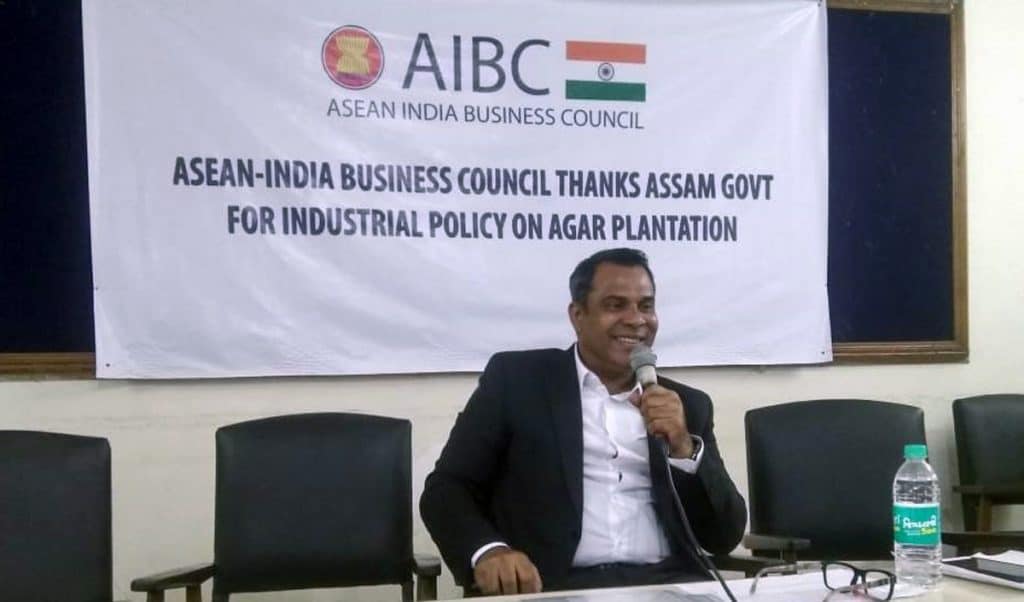 The ASEAN-INDIA business council LAO-PDR Chapter has thanked the Assam government for the decision to approve the new ‘Industrial and Investment Policy of Assam, 2019’ which will be a major boost for the Agarwood planters in the state – a demand which was pending for more many years.

Thanking Chief Minister Sarbananda Sonowal and his Cabinet colleagues for the initiative, Habib Mohammed Chowdhury, Chairman, ASEAN-INDIA business council LAO-PDR Chapter, said that this is a very significant step towards economic growth which will benefit the people of the state. “This is a very progressive moment that will have an impact for years to come. The revenue generated from this project will enhance the quality of life for the people of Assam,” said Habib Mohammed Chowdhury, Chairman, ASEAN-INDIA business council LAO-PDR Chapter. Chowdhury, who is the Founder Chairman of HSMM Group of Companies in Laos, has been working closely with the Assam government for the formulation of the policy on Agarwood business.

“Special thanks to Chief Minister Sarbananda Sonowal, Minister Himanta Biswa Sarma, Minister Chandra Mohan Patowary, Minister Parimal Suklabaidya and all those officers who worked for this cause,” Chowdhury added.

The Assam Cabinet on July 22 allowed Agar processing for home grown Agarwood which may go up to 35 bigha of crop land. The initiative will largely benefit the farmers of Sivasagar, Jorhat, Golaghat and Hojai districts of Assam, including parts of adjoining districts. “There are around 4 Lakh trees in Hojai and central Assam. Also, there are around 10 Lakh trees in Dibrugarh, Sivasagar, Jorhat and Golaghat districts. Hence the Cabinet has decided to set up an International Trade Centre on Agarwood at Golaghat district,” Chowdhury said.

Chowdhury mentioned that in his meeting with Chief Minister Sarbananda Sonowal, other ministers and top officials during the ASEAN-India Pravasi Bharatiya Divas at Singapore last year, he had discussed about the issue and how having a proper policy will help Assam gain royalty from the business. Subsequently, at the Advantage Assam: Global Investors’ Meet in Guwahati last year, Chowdhury had pitched for streamlining of Agarwood business in the state. “During Advantage Assam: Global Investors’ Summit in Guwahati, we signed an MoU with the Assam government for the development of Agar industry in Assam. We are very thankful, and hopeful, that this Cabinet decision will go a long way in the development of Assam,” said Habib Mohammed Chowdhury who is also the Founder Chairman of HSMM Group of Companies in Laos. Chowdhury added that he will be bringing in foreign direct investment into the industry in Assam.

Chowdhury has been closely monitoring and actively participating in developing the agarwood business in the region. In 2010, he helped the Nagaland government to formulate a policy to officially allow agarwood industry to flourish in the state. In Manipur, his company has signed an MoU with the state government for agar plantation while working closely for the adoption of a policy on the industry. The Manipur government has given 625 hector land for agar plantation to his company. Chowdhury has also initiated discussions with the Meghalaya government for adoption of agar policy in the state. He added that his company will soon sign an MoU with the state government in Meghalaya.

Speaking about Assam, Chowdhury said, “The Assam government was at loss of around Rs 200 crore because of not having a proper policy. Besides, the planters were also at loss because of lack of open trade. This all will now change, thanks to the officials who made this possible.”

The daily trade of Agarwood trade in Assam is around Rs 4-5 crores, which includes business of raw materials to finished product.

Chowdhury, who is originally from Hojai in Assam and is settled in Laos, is the Founder Chairman of HSMM Group of Companies in Laos, which has emerged to be the largest Agarwood and Agar based Product’s Company in South East Asia.