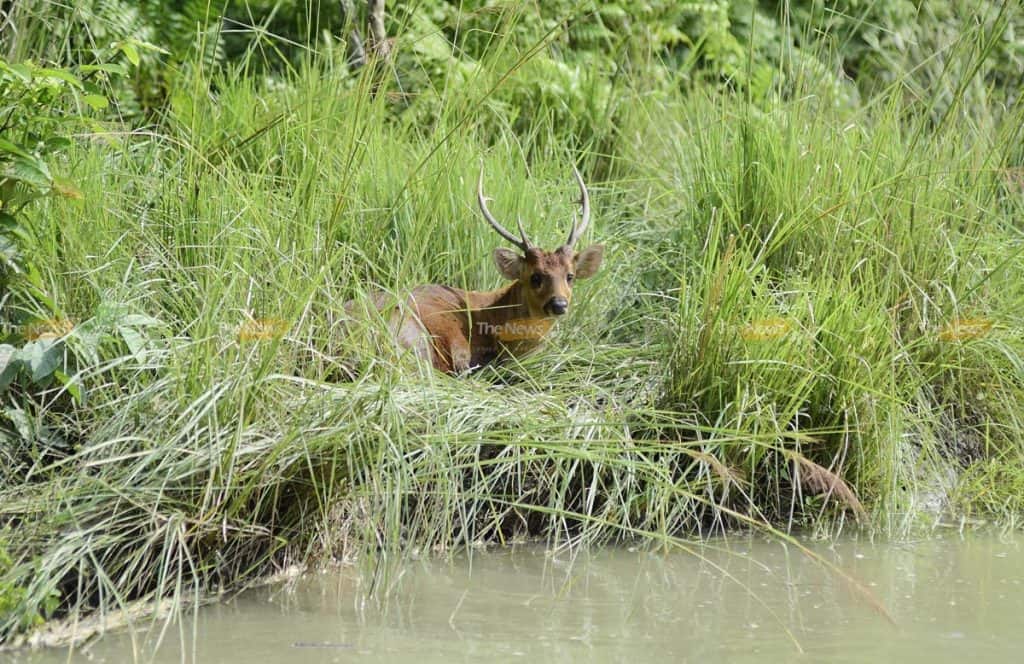 Official count on July 25 said that at least 208 wild animals, including 18 rhinos, have died in the Kaziranga National Park in the current wave of floods.

The forest guards and locals have found more bodies of the wild animals died in the park during the deluge on July 25.

They added that 16 hog deer and 1 sambar died in vehicle-hit, while the wild animals have been forced to move to neighbouring hill areas in Karbi Anglong district following the flood.

On the other hand, one rhino and 10 hog deer died due to ‘other reasons’ in the national park during the current flood.

The forest department, CWRC and the locals have rescued 69 wild animals including three rhino calves, 57 hog deer, one baby elephant, two swamp deer, one sambar and five other animals from the park and adjoining areas.

The flood situation in the park has gradually improved but 15 forest camps in the national park are still under water.

Around 95 per cent of the World Heritage Site was under water in the current wave of floods in Assam.