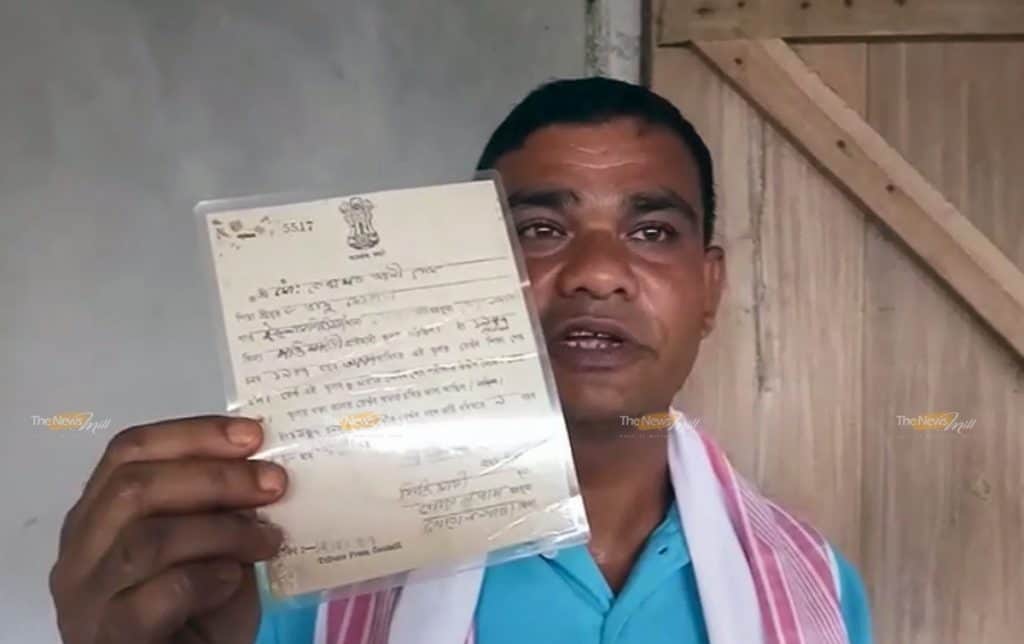 After the case of ex-army officer Md. Sanaullah, who was declared a foreigner by the Foreigners’ Tribunal, another Central Industrial Security Force (CISF) jawan in Assam has been served notice as a Doubtful Voter (D-Voter).

The CISF jawan, Mamud Ali, hails from Nagarbera’s Dalagaon area under Boko Assembly Constituency in Assam’s Kamrup district. He was served notice as a Doubtful Voter (D-Voter) by the Foreigners’ Tribunal.

Mamud Ali said that the notice forced him to rush home from West Bengal’s Bankura, where he is currently posted.

The CISF jawan, who served the nation for last 25 years, had submitted forms with documents along with his family members for inclusion in the National Register of Citizens (NRC), but the NRC authority has rejected his name due to D-Voter tag.

“Despite working in the CISF, I have been marked as D-Voter. I have worked for the nation. I do not know how I should prove my Indian citizenship. I am serving the nation for last 25 years. Now, I want justice,” Mamud Ali said.

Mamud Ali further said that, he has all necessary documents since 1947 including his father’s school certificate.

“I have the school certificate of my father of 1947, voter list of 1966, 1971. I am serving for the nation. The government has to take responsibility. What is the reason behind it,” Mamud Ali said.

There are 100 Foreigners’ Tribunals now functioning in Assam to detect illegal foreigners.

Recently, the Assam government had submitted a report before the Supreme Court that, over 72,000 people, who were declared foreigners by the Foreigners’ Tribunals or Gauhati High Court had fled and mixed with the local population.