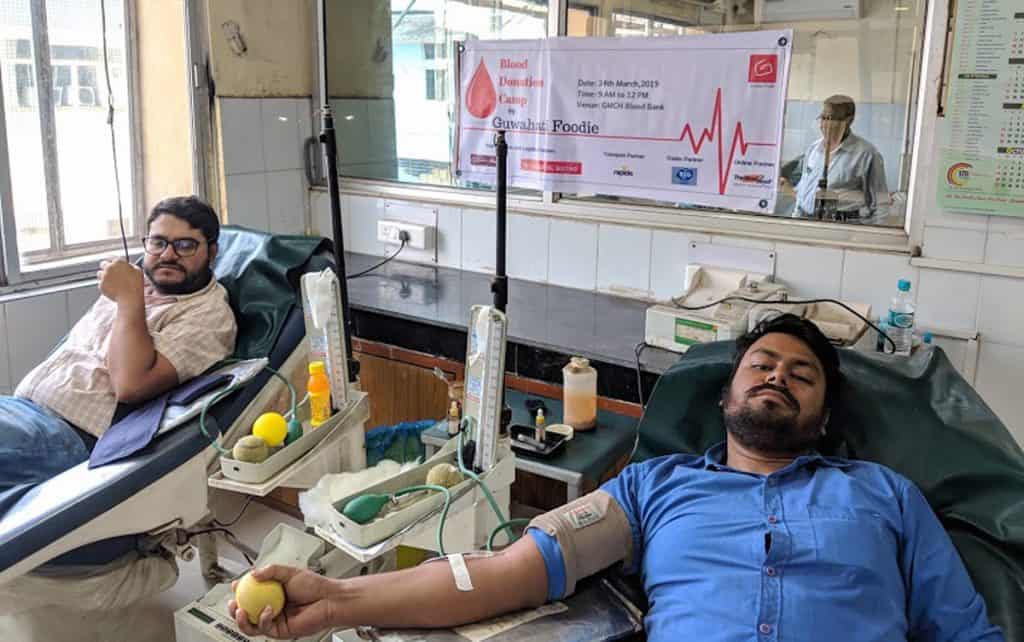 The event has been organized in association with Foodies World, Oriental Bistro, Van Manush, Life’s Purple and Big FM. Guwahati Foodie’s earlier blood donation camp, held in March this year, witnessed the participation of more than 30 food lovers who donated blood on the occasion. There were also many first-time donors who came forward and contributed. Apart from the donors, many volunteers too came forward to support the cause and to help the managing committee in encouraging and providing nourishments to the donors.

Speaking regarding the upcoming blood donation camp, organizer of the camp & founder of Guwahati Foodie, Sisir Kumar, said that since the group has evolved itself as the largest foodie group of the region, they are trying to carry across a social message. “Guwahati Foodie now has more than 1 Lakh members. Besides bonding over food, since some time we are doing events that carry a social message. The annual Guwahati Foodie picnic, that was held on June 30 this year, aimed to minimize plastic waste and promote afforestation. Similarly, we took up a challenge by organizing this voluntary blood donation camp,” said Sisir Kumar.

He added that the enthusiasm shown by the group members has motivated him to take up such initiatives. “I do hope that like last time, we will see a lot of members coming forward for this noble cause once again. A big thanks goes to GMCH for helping us donate,” Sisir added.