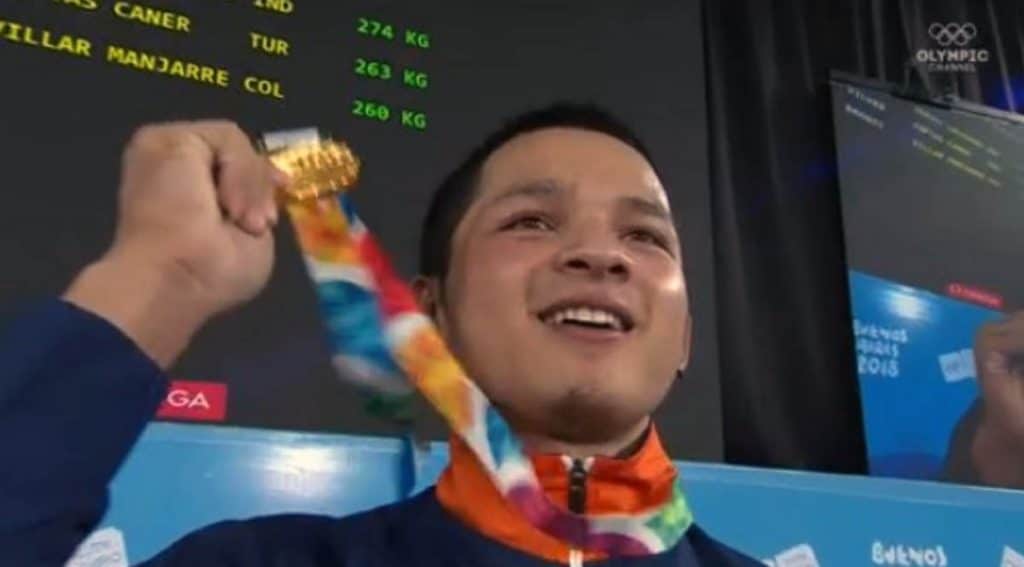 Youth Olympics gold medallist Jeremy Lalrinnunga of Mizoram broke three records in a stellar show but failed to register a clean and jerk lift on day three of the Commonwealth Weightlifting Championships being held at Apia in Samoa on July 11.

Competing in the 67 kg category , 16-year-old Jeremy broke the Youth World, Asian and Commonwealth records in the snatch category with a lift of 136 kg.

At the Asian Championship in China in April, Jeremy also set the earlier Youth World and Asian records when he lifted 134 kg. He though missed out on a clean and jerk lift and thus could not register a total lift score at the gold level Olympic qualifying event. These points will be counted when the final rankings for Tokyo 2020 cut are done.

Meanwhile, Indian lifters continued their good showing as they bagged six medals, including four golds, two silvers and a bronze. National champion Achinta Sheuli lifted a total of 305 kg to grab the men’s 73 kg crown. He also went on to clinch the junior title.