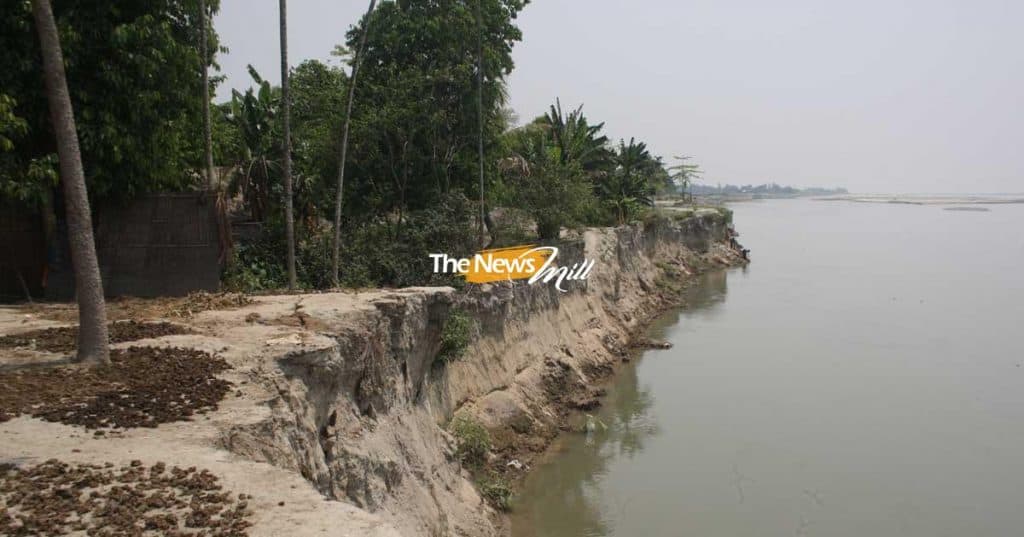 The longstanding demand of Assam for inclusion of erosion in the admissible list of calamities for funding under NDRF or SDRF is likely to be fulfilled by the 15th Finance Commission, water resources minister Keshab Mahanta informed the state legislative assembly in Guwahati on July 31.

Replying to a cut motion moved by the opposition on supplementary demands of his department, Mahanta said the chief minister has raised the matter of making erosion among the calamities eligible for funds under National Disaster Relief Fund (NDRF) or State Disaster Relief Fund (SDRF) with the chairman of the 15th Finance Commission, NK Singh.

“We are hopeful of a positive response to our request before the 15th finance commission,” Mahanta added.

While funds are allotted under NDRF and SDRF for flood mitigation, the problem of erosion, which is closely related to the annual floods that lash the state, is not included for receiving these funds, with the state government repeatedly raising demands for inclusion of erosion also in the admissible list.

Mahanta further said the chief minister has also urged the Prime Minister for central assistance in constructing road-cum-embankments in the state, which will serve the dual purpose of strengthening of the embankments as well as improving road communication.

A detailed report on converting the embankments along the Brahmaputra river as road-cum-embankments was submitted to the central ministry last year, he said, adding that the matter is also being pursued with the state PWD minister.

He said, “During our meeting with our PWD minister, it has been suggested that work on road-cum-embankment can be started in some parts at least, especially in areas where these embankments already serve as roads. The minister has also suggested that some of these stretches may be handed over to the PWD and construction work in these parts can start under the joint supervision of Water Resources department and the PWD”.

Referring to the point raised by some MLAs during the discussion on the cut motion regarding sand and stone mining in river beds aggravating flood and erosion problems at times, Mahanta said it was indeed a problem and he has proposed that at least sand mining rights should come under his department.

Currently, mining of resources in river beds come under the forest and the mines and mineral departments.

Regarding funds for repairing infrastructure damaged by floods, Mahanta appreciated the initiative of the state Finance minister for setting separate funds for related departments, such as PHE, agriculture and irrigation, through supplementary demands for carrying out such repairs.

Responding to allegations by some of the MLAs of inadequate relief materials for flood-affected people, the minister asserted that there was no shortage of materials and urged the MLAs themselves to supervise the distribution system.

He also lauded the chief minister’s initiative in ensuring that the ex-gratia of Rs 4 lakh to next of kin of those killed in floods is now released within 48 hours.

The minister further assured of administrative reforms in the Water Resources department to ensure its more effective functioning.

Earlier, the Opposition Congress and All India United Democratic Front (AIUDF) had moved the cut motion, demanding deduction by Rs 100 from the supplementary demand of Rs 60,000 lakh for water resources department for 2019-20.

Altogether 12 MLAs from both ruling and opposition benches had participated in the discussion.