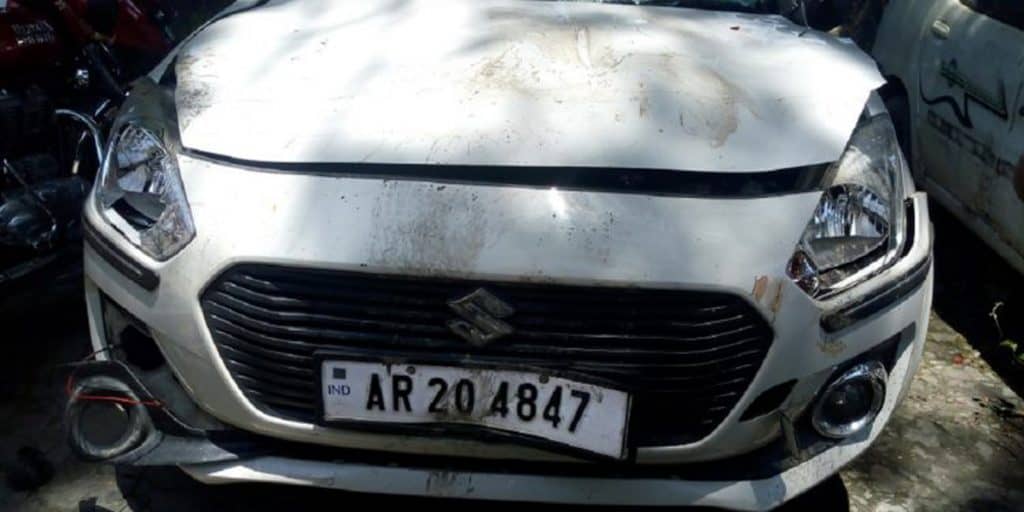 The car involved in the accident

A road accident involving a car registered in Namsai, Arunachal Pradesh, and a motorcycle in Dibrugarh on July 3 late evening turned into a major brawl as two persons were reported killed when clash broke out between the two parties.

The car and the motorcycle were involved in an accident around 10 pm on July 3 near Paltan Bazaar in Dibrugarh.

Reports said that some unidentified persons tried to stop the car leading to a clash between the two parties. The scuffle led to serious injuries to 5 persons who were brought to the Assam Medical College Hospital. One of the five persons, Dipak Mech, was declared brought-dead while another, Ratul Bora, succumbed to his injuries late night.

Dibrugarh DC Pallav Gopal Jha visited AMCH after the incident and took stock of the situation. Police arrested the main culprits Gunin Chetia of Laipuli, Tinsukia and another Sonu Ahmed.

Meanwhile, rumour-mongering started around the issue as certain social media messages tried to indicate an Assam-Arunachal rift. The Dibrugarh Police said that the situation is under control and they are monitoring the issue. “Because the car was registered in Arunachal Pradesh, rumours began to spread giving an Assam versus Arunachal angle to the whole incident. The police arrested the accused within 2 hours and investigations are on. We urge everyone not to believe in rumours and refrain from forwarding such messages,” said Dibrugarh Additional SP Dhruba Bora.