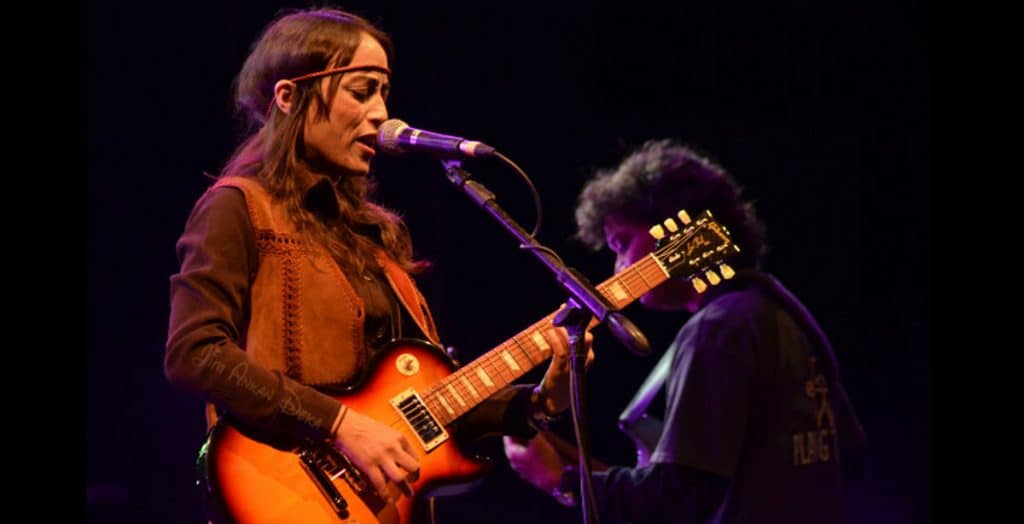 You can’t talk about Indian Blues without mentioning Rudy Wallang and Tipriti “Tips” Kharbangar, a duo who have quite literally become the faces of not only a sound but also a movement. Along with Rudy’s sons, Leon and Vincent, the two comprise the Shillong-based Soulmate. The four-piece band have played various events all over the world, such as the Mahindra Blues Festival, the 23rd International Blues Challenge, and the Bacardi NH7 Weekender. They also opened for the legendary Carlos Santana back in 2012.

But how did they begin? The story goes that Rudy heard Tips singing and playing the guitar at an event in the mid-1990s in the Malki neighbourhood in Shillong. By then, Rudy was a rising figure in the blues movement in India. Inspired by what he heard, he approached Tips in October 2002 to invite her to form a blues band. Together, Rudy and Tips have since blazed the trail for up-and-coming blues artists that exist in India’s alternative scene.

The two are now globally recognised ambassadors for Indian blues culture, having forwarded the genre significantly since the band’s inception 17 years ago. Soulmates have played to dazzled crowds in Northeast India and the rest of the world, even snagging awards — Best Female Vocalist for Tips and Best Guitar Player for Rudy — in the 2009 Jack Daniels Rock Awards. Now, with three albums under their belt, they continue to push the boundaries of Indian blues.

Tips, in particular, has inspired female artists such as Amabel Susngi, Pynsuklin Syiemiong, Debra Martina Rynjah, and many more. She’s also worked with Gibson Guitars to endorse their brand in hopes of tapping into the country’s market for electric guitars. Rudy, on the other hand, is one of the biggest driving forces when it comes to Indian blues, and has been writing and playing music for the last 35 years. As one of India’s best guitarists and songwriters, it’s no wonder that Rudy was tapped up by Fender Guitars and Xotic guitar pedals to be the face of their products in India. Rudy is known to employ the Xotic EP Booster when performing and recording. With his influence, Rudy Wallang also continues to shape the future of Indian blues through workshops in partnership with Springboard Surprises and Unconvention India. Through these sessions, he is able to give kids a rundown of the basics of being a bluesman.

The two have also managed to break into India’s mainstream media. Soulmates, a series inspired by these musicians, revolves around Priyanshu, an aspiring music composer in Shillong, and his classmate Anshul. The series managed to get airtime on NDTV, India’s premier English News Channel. Indeed, the two have come a long way into building their legacy, which has made an impact in Indian culture beyond music.

Now, we don’t know what’s next for Soulmate. Their last album came out in 2014, and we’re sure we’re not alone in hoping that they come out with a couple more. But if this is it for Soulmate, they can rest easy knowing that they’ve changed the face of Indian blues for this generation and the ones to come.

Nico Meulbroek is a digital nomad with a passion for music and how it connects people across linguistic, political, and cultural lines. When he’s not working, Nico enjoys trying out local dishes and planting himself in a cafe with a good book. He’s currently based in the beautiful city of Guwahati