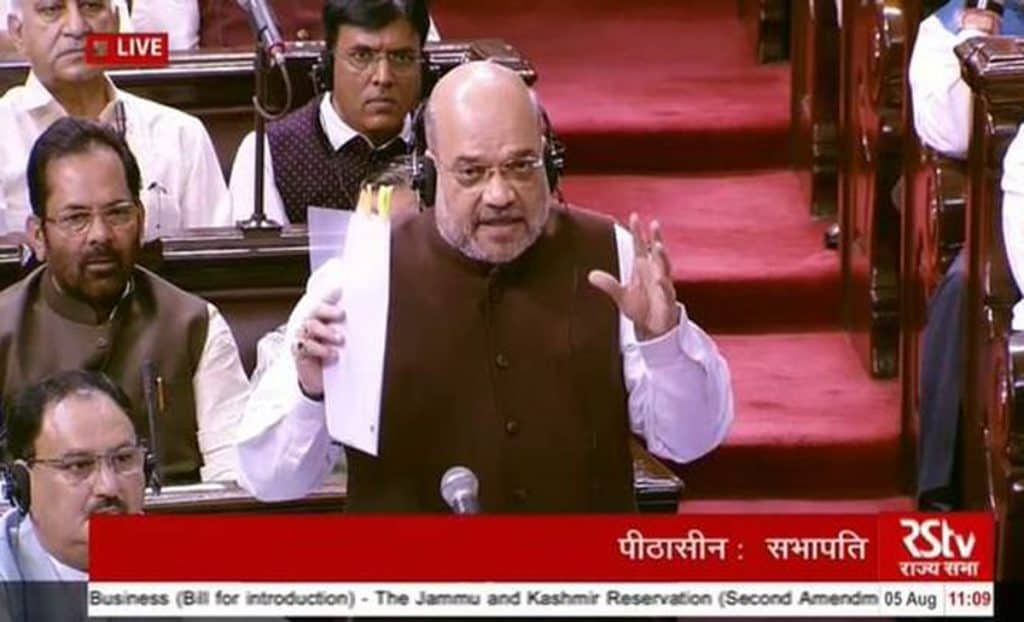 The Union Territory for Jammu & Kashmir will have a legislature but there will be no Assembly in Ladakh, Shah said in a statement.

He said this had been done in view of constant threats of cross border terrorism.

The UT of Ladakh was a long pending demand of the people of the region and the decision was aimed at fulfilling the aspiration of the local population, the minister said.

Union Home Minister Amit Shah on Monday proposed in the Rajya Sabha to revoke Article 370 of the Constitution in Jammu and Kashmir, ending the special status to the state. Shah moved the amendment amid uproar by opposition members.

Shah said: “I am presenting the resolution to revoke Article 370 in Jammu and Kashmir except the first clause 370 (1).” Following his speech amid bedlam, the House was adjourned.

“Decision of J&K leadership to reject 2 nation theory in 1947 & align with India has backfired. Unilateral decision of GOI to scrap Article 370 is illegal & unconstitutional which will make India an occupational force in J&K,” the former chief minister tweeted.

“It will have catastrophic consequences for the subcontinent. GOI’s intentions are clear. They want the territory of J&K by terrorising its people. India has failed Kashmir in keeping its promises,” she said.