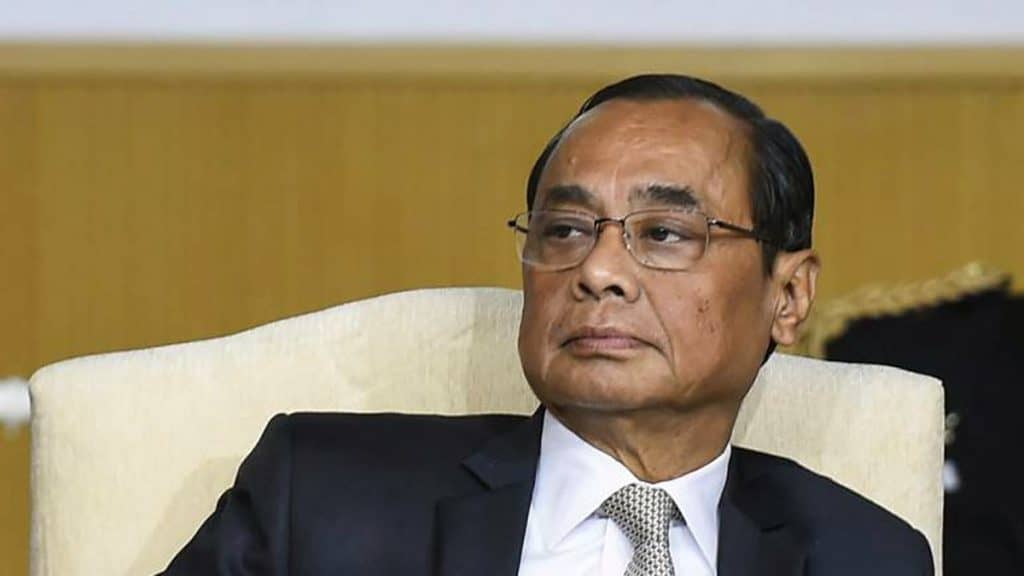 Chief Justice of India Ranjan Gogoi on August 4 reiterated his proposal of increasing the retirement age of the high court judges of the country for the better of the overall judicial system.

Speaking at a function of Gauhati High Court, Gogoi also urged to dissolve the long pending cases across the country, many of which are as old as 50 years.

“If the Government of India accepts my proposal of raising the retirement age of high court judges to 65…and I don’t see why the government shouldn’t not; the immediate result will be in these three years, there will be a freeze of retirement and we can try and fill up 403 vacancies with good judges. Then the Indian judiciary will take an entirely different colour and complexion. This is my dream and this should be carried on by my successor chief justice,” said Gogoi after laying the foundation stone of an auditorium of the Gauhati High Court in Guwahati.

He also said that he had already requested the chief justices of the country to send their recommendations.

Gogoi further said that over 1,000 cases were pending in courts across the country for 50 years, while a whopping 2 lakh plus cases are pending for 25 years.  In Assam and Northeast states, though there are no 50-year-old cases, but 106 cases are pending since 25 years.

He said the present times are witnessing ‘belligerent and reckless behaviour’ by a few individuals and some groups. Gogoi, however, expressed optimism that such developments are just ‘exceptions’ and will be defeated by the strong traditions of the country’s legal institutions.

“I am hopeful that such incidents would turn out to be exceptions and that the strong traditions and ethos of our institution shall always assist our stakeholders to display resilience to overcome the belligerence of such wayward constituents,” Gogoi said.