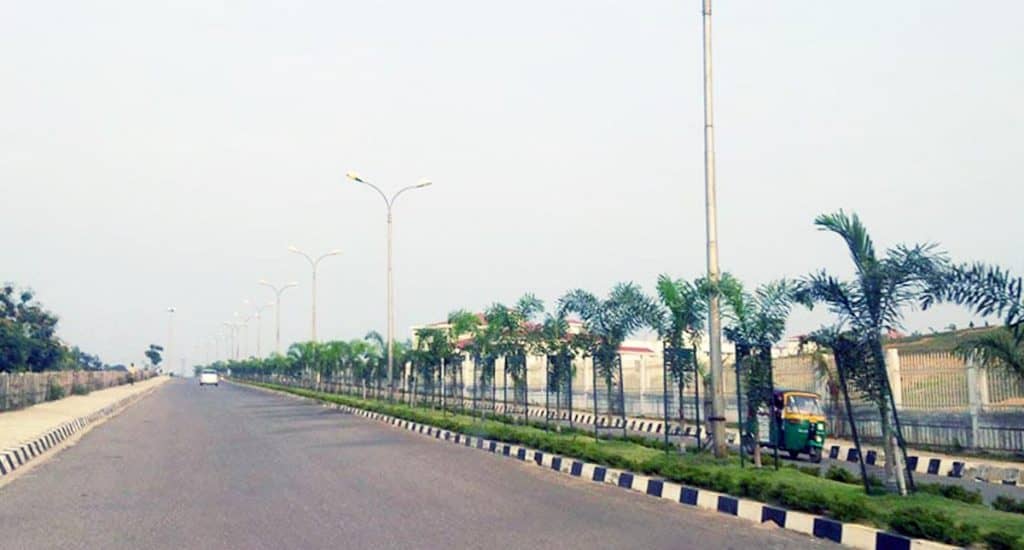 The Tripura government has sanctioned Rs five crores under Roadside Beautification and Plantation of Trees (RBPT) scheme for raising sustainable greenery on both sides of 13,120 kilometres road network, including 853 kilometres national highways in the Northeast state.

The plantation program will be carried out across 125 kilometres road stretches in both side of the road between Badharghat of Agartala and Sabroom, the south-most end of Tripura in the initial phase and the process of the plantation would be completed by next month before the withdrawal of monsoon.

Education minister and the spokesperson of the cabinet Ratan Lal Nath said that the Forest Department was made nodal department for execution of the project and other line departments had also been associated for program implementation. A state-level committee under the chairmanship of chief secretary is constituted for the purpose.

He said according to the budget announcement, the state government had committed to providing monthly assistance of Rs 200 to each of the families for nourishing the plants on the roadside in front of their houses. “Plantation is a seasonal exercise done in monsoon only. We had a plan to start the program last month but formulating policy and managing fund for the project, which delayed the launching of the project. Meantime, Chief Minister Biplab Kumar Deb has made plantation is a mass social movement in the past three months. Tripura has set a record by planting more than 6000 saplings in a minute and now cross-section of the society engaged largely in green caring activities,” Nath said.

He added that over a decade in the name of development of infrastructure and expansion of roads hundreds of trees were chopped off indiscriminately without proper compensatory afforestation program.

The minister said that the ambitious project was designed to contribute to the climate change mitigation strategy of India along with providing sheds in the roadside. Fruits and flower bearing plants were emphasized because these will extend financial support to the dwellers of the area and also enhance beautification of the state.