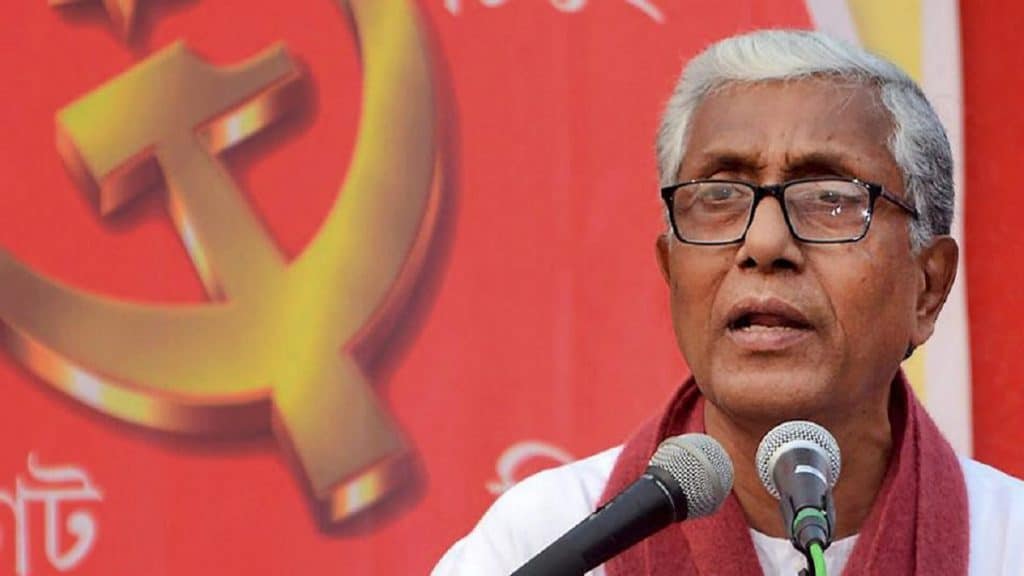 CPI (M) politburo member and former chief minister of Tripura Manik Sarkar advised his party cadres on September 30 not to misunderstand BJP workers who were attacking oppositions and creating public nuisance and disorder at local level; rather attempt to convince how have they been misguided by the leaders of BJP.

Addressing a party rally protesting the recent decisions of the government in Udaipur Sarkar alleged that BJP top leaderships have misguided their cadres at lower level against the opposition supporters with high-yielding dreams and false allegations but now they are also realizing the situation.

“The youths were promised to give job and several livelihood options once come in power. They worked hard and forced to indulge into violence and attacks on their neighbours believing the promises of BJP leaders. They developed enmity in the villages with their next door neighbours but today none of them gets anything and many of them are repainting,” Sarkar said.

Therefore, it would not be wise to treat them enemy though they did wrong and crimes believing their leaders. For the time being those youths were influenced and misguided into violence, now time has come to pardon them and convince them about their achievement in 18 months rule of BJP-IPFT and their future, he maintained.

“The majority section of the state became unhappy with the government for it’s misrule and anti-people decisions over past one and half years,” he observed and added the government did not provide any job rather thousands of staff have been working in various government projects and schemes are about to lose job.

There is no sufficient work in the village, markets are running dry and people are struggling hard to look for livelihood options at a time when government imposed abnormal fees on healthcare services, unbearable hike of property tax and license fees, consumer market became uncontrolled and the cremation fees in urban areas increased 1.5 times,” Sarkar alleged.

He made a clarion call to the people to raise voice against the government leaving aside the fear of attack and physical attacks. The government implausibly became unpopular in such a short span – the people have been facing attack from both centre and state, which are desperately working for rich and corporate classes.

Before election, BJP promised the people that same party rule in centre and state will bring extra ordinary development for Tripura but now it performing reverse and frustrating everybody, Sarkar underlined.

“The time has come on the roads at village level and convinces the people against the onslaught of BJP government and motivates them to join us for securing their future. In 25 years of left front rule, people have seen the governance how it was pro-people and 18 months rule of BJP has given them enough to decide their next course of action,” he added.

On the other, former Loksabha MP Jitendra Choudhury today in Amarpur flayed BJP-IPFT government in the state in similar line urged all the democratic organisations besides, different wings of CPI (M) to raise voice against the government and compelled them that it must work according to the promises they had made before the election.