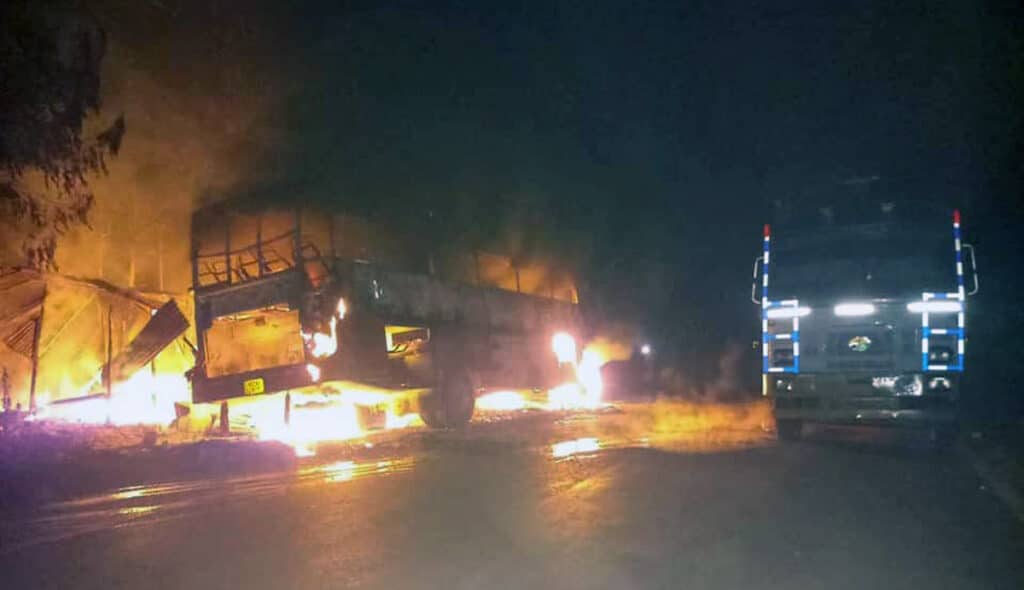 Nearly 15 people had a narrow escape after a night-service passenger bus caught fire in Meghalaya’s Ratacherra area on September 28.

The bus, heading from Karimganj to Guwahati, was engulfed in fire and reduced to ashes. Police said that the passengers made a quick escape before the fire engulfed the bus.

East Jaintia Hills Police informed that the night bus caught fire near Ratacherra ICP at about 8:15 pm on September 28. The cause of fire was due to short circuit of wiring.

Local reports said that the fire spread to a roadside hut which was gutted.

No injury or loss of life was reported.

NSCN (R) militant killed in encounter near Kharsang in Arunachal