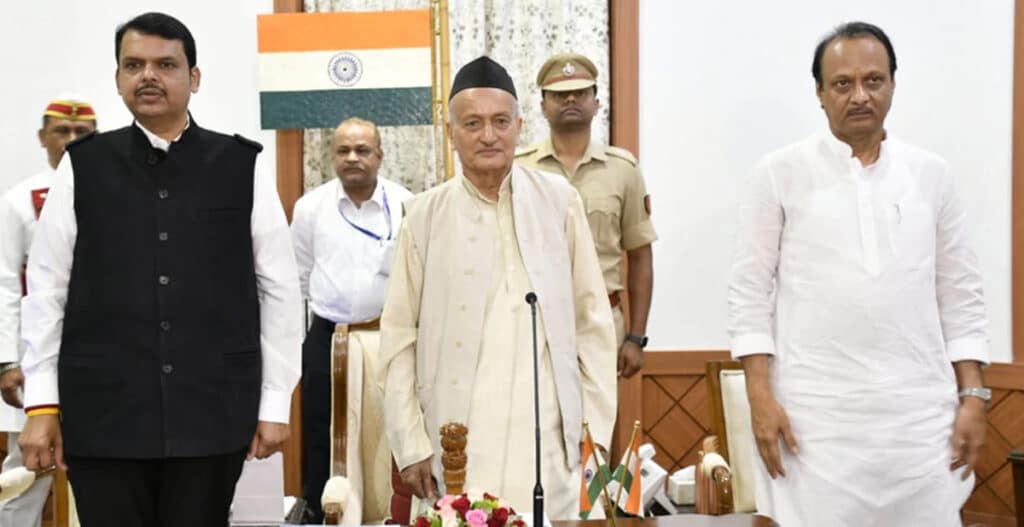 The two were sworn-in at a function in the Raj Bhavan held around 8 am in the presence of a few BJP and NCP leaders, and other government officials.

Soon afterwards, Fadnavis said that the Governor would give them a letter instructing when to prove the new government’s majority on the floor of the Assembly.

He added that the cabinet would be expanded at a later date.

Meanwhile, NCP chief Sharad Pawar tweeted that his party is not a part of the alliance and Ajit Pawar has joined the ministry in his personal capacity. “Ajit Pawar’s decision to support the BJP to form the Maharashtra government is his personal decision and not that of the Nationalist Congress Party (NCP). We place on record that we do not support or endorse this decision of his,” he tweeted.

Prime Minister Narendra Modi has conveyed his best wishes to Fadnavis for taking over as the CM for a second consecutive term, and to Pawar on his appointment as Deputy CM.

A letter was issued from Union Home Ministry simultaneously that said that President’s Rule was lifted from Maharashtra.

Speaking to the media, Fadnavis said that after the elections, the Shiv Sena which had secured a clear majority in alliance with BJP rejected the public mandate and was engaged in forming the government with some other parties necessitating President’s Rule in Maharashtra.

Since it did not appear possible for those three parties to form a ‘khichdi’ (hotch-potch’) government and in order to provide a stable government to the state the decision was taken.

“Along with Ajit Pawar and support of others, we submitted a list to the Governor who discussed the issue with the centre to conclude that a viable government could be formed,” Fadnavis said.

Accordingly, after discussing with the Centre, the Governor invited Fadnavis and Pawar to form the government which was sworn-in.

On his part, Ajit Pawar said that giving the state a stable government was the need of the hour which did not appear to be happening.

“I was tired of the continuous negotiations going on and so decided to go with Fadnavis and give a stable government to the state,” Pawar said.